The Red Sox battled their way to a first-place tie in the AL East with a 6-4 win over New York at Yankee Stadium on Tuesday night, the team's fourth in a row. But several questions linger, most notably about the starting rotation, as the Sox begin their stretch of nine straight games against AL East opponents between now and June 17.

Has Daisuke Matsuzaka pitched his last game ever in a Boston uniform? Who will need to step up in his place for the team to succeed? I will try to tackle these and many other questions in this week's mailbag.

Have we seen the last of Daisuke Matsuzaka in a Red Sox uniform?
–Lynn, Boston

I think it is very possible that we have. Generally, the recovery and rehab time can take anywhere from a year to 15 months, and considering he has yet to have the surgery, it does appear his contract would run out before he has the chance to return in any capacity. Will the Red Sox bring him back at a reduced rate? That seems highly unlikely, and some have suggested that he would like to return to Japan to finish his career.

Looking back on Matsuzaka's time with the Sox, he was certainly not what they had hoped for. However, he did win 33 games in his first two years, and when he was good, he was very good. I readily will admit that announcing his games could be a real challenge based on the number of walks and time in between pitches. We never did see the "gyroball."

Have the Red Sox stopped looking for a catcher based on the new production by Saltalamacchia and Varitek?
–Shawn, Bedford, Mass.

I really have no idea how hard they were really looking in the first place. There were rumors that there was some interest early in Bengie Molina. I think they believed that, offensively, the catchers would hit better than they started. Yes, the start was a concern, but now they are both producing and I still believe the reduced role for Jason Varitek will only help his offensive production over the long haul. Also, as questions remain about Jarrod Saltalamacchia defensively, he has always hit, and I can't help but think his defensive play was affecting him offensively, too. He is more relaxed, and with the team winning, he is under the microscope less. So I expect that his good hitting will continue.

The schedule looks tough for the Sox. What do you expect?
–Christine, Arlington, Texas

I agree. It is measuring-stick time right now. Any time you spend an entire trip in the AL East, you really get a feel for how good or how bad you are. Three head-to-head matchups with the Yankees, three with the Jays and then down to Tampa for the first time in 2011 to see Joe Maddon's Rays.

I think it will be all about the starting pitching. If the Sox get good starting pitching on the trip, they will thrive. Two question marks as we start the trip will be the health of Clay Buchholz, who has been backed up a few days, and the consistency of John Lackey, who just returned from the DL and pitched well over the weekend. Looking ahead, there are many road games to follow, as the Sox return home briefly after this long trip and then are back out again on a long trip. June is tough, but they hope to take advantage of some NL teams in interleague player.

You have said during the games that the new Yankee Stadium is not as good as the old. What is different?
–Jean, Hallandale, Fla.

Well, to me it is not as loud. The way the old place was built, the top deck hung over and there was buzz throughout for the entire game. The new place is set back like a lot of the newball parks are, and the sound is not nearly the same. I am a fan of the old places like ours at Fenway. The Red Sox owners have proved you can renovate and keep what you have, and modernize it but not lose it's identity. The new Yankee Stadium is nice, clean and a great place to watch a game, but for me it is not the old place, nor will it ever be. 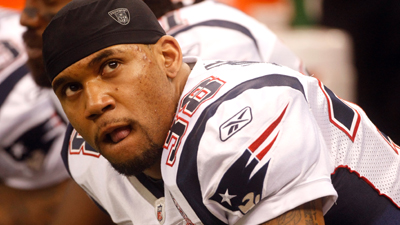