When it comes to trying to make the team better, Celtics president of basketball operations Danny Ainge will seldom leave any stone unturned. Whether it's a trade or a possible signing, he's shown a propensity for exploring every route that might improve the C's.

Apparently, that even means considering trading Rajon Rondo, at least according to Sports Illustrated's Chris Mannix.

"I think he's talking about moving everybody. I really do," Mannix said during an interview with WEEI's Dennis and Callahan on Wednesday. "I would throw Rajon Rondo on that list as well. … He has explored dealing Rajon Rondo in the past. He has talked to other GMs about him in the past. I'm not saying he's been willing to pull the trigger in the past, but Rajon Rondo has been on the table in the past year or so."

Mannix did add, though, that he expects Ainge to keep the Big Three intact for the 2011-12 season, although he hinted that a roster overhaul is likely coming in the near future.

"This goes back to what I thought the second after Doc Rivers signed that five-year extension," Mannix continued. "Doc didn't sign on for five years to be part of a team that just decomposes as it goes back to the Gerald Green era from a few years ago. He believes this team is going to be able to contend in Year 3, 4 and 5, when presumably Kevin Garnett and Ray Allen are gone. But to do that, I think Danny is going to have to shake up the roster." 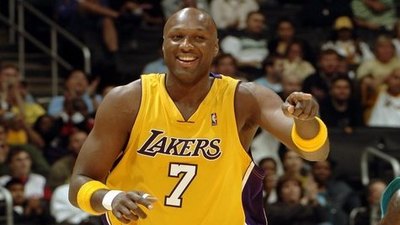