A couple of weeks ago, Danny Ainge came out and said that the odds of a No. 25 pick breaking into a NBA rotation were something like 6 percent.

Here's what Ainge failed to mention, though — that statistic only applies to the average No. 25 NBA draft pick, selected by the average NBA executive. And Ainge, at least in this specific area of the job, is far from your run-of-the-mill guy.

On the contrary, the Celtics' head honcho actually has an extensive history of discovering the diamond in the rough. For most teams, if the ping-pong balls don't bounce their way on lottery night in May, the draft is a lost cause. But Ainge actually has a history of finding lottery-caliber guys in the twenties.

-The year is 2003. It's Ainge's first draft; he's just been hired in Boston after four years of unemployment that began when he abruptly quit coaching the Suns. The Celtics had just won 44 games and earned the No. 16 and No. 20 picks in the draft. Ainge was enamored with Marcus Banks out of UNLV, whom he saw as the best point guard in the draft, so he traded up, swapping his picks for the No. 13 and No. 27 to get his man.

Banks turned out to be nothing much. But the unheralded throw-in, the guy he scooped up at No. 27 later that night? Perhaps you've heard of him. His name is Kendrick Perkins.

-It's 2004. Ainge is getting the hang of this drafting thing, so he starts stockpiling picks. In October, he trades Antoine Walker to Dallas and takes the Mavericks first-rounder. In February, he inserts himself into Detroit's trade for Rasheed Wallace, and steals theirs as well. Now he's got three picks in the first round.

With his own pick, at No. 15: Al Jefferson. One of the best low-post scorers of this generation.

With the Mavs' selection at No. 24? Delonte West.

-2006 might be Ainge's best draft night ever. With the Suns looking to unload the contract of veteran Brian Grant, the C's GM swoops in and offers a future first-rounder for Grant and the No. 21 in '06. He had his eye on a scrawny college sophomore guard who couldn't shoot.

He had his eye on Rajon Rondo, and at No. 21, Rondo might ultimately be remembered as the best draft pick of the decade.

There are more success stories. Ainge got Glen Davis with a second-round pick in 2007. He got Semih Erden dead last in '08. He drafted Avery Bradley 19th last year, and while Bradley hasn't done much yet, it's worth mentioning he was the most highly touted athlete in his high-school class back in 2009, even ahead of John Wall.

Simply put, Danny Ainge makes shrewd post-lottery decisions that few other NBA executives could even dream of making. There are lots of good, smart executives in this league, but when it comes to finding a sneaky-good prospect late in the draft, there's no one better than the guy running the show in Boston.

Should we expect the Celtics to uncover a star in the late first round this year? No, probably not. It's a weak draft, with busts sure to be littering the 20s like land mines. But if the C's do indeed give it a shot at No. 25, there's no one better to make the pick than Danny Ainge. History doesn't lie. 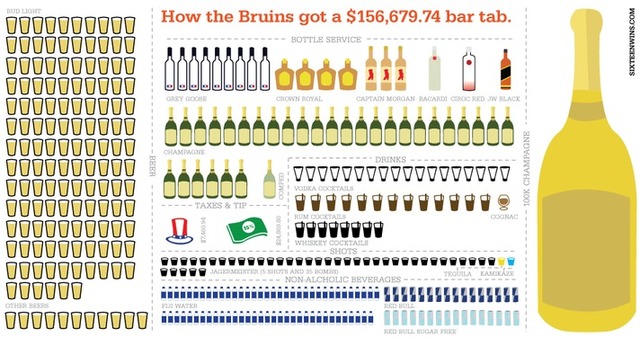