Final, Red Sox 3-0: It’s a shame so few people will have witnessed one of Josh Beckett’s finest outings as a member of the Red Sox. He finishes a sparkling effort with a strikeout and two groundouts.

Beckett is 6-2, has a league-leading 1.86 ERA and has the first complete game and shutout (obviously) by a Red Sox pitcher this year. He needed just 97 pitches to do it.

Boston has played 67 games this year. Tonight’s game time of 2:21 is the shortest, beating out last night’s 2:24, which held the top spot for less than 24 hours.

We could have another speedy affair in the finale. It will be Clay Buchholz against David Price on Thursday night. First pitch is at 7:10 p.m. and we will be here to follow all the action.

Mid 9th, Red Sox 3-0: All eyes on Josh Beckett as he jogs out to try to complete his fifth career shutout and just his third as a member of the Red Sox.

No walks, five strikeouts and one measly infield hit by a .175 hitter. Just about as good as it gets for Beckett.

End 8th, Red Sox 3-0: Josh Beckett’s last complete game came in a rain-shortened affair in Sept. 2009 against the Rays. He went just five innings in that one.

His last complete-game shutout was two months earlier against Kansas City. Just 84 pitches into this one, he’ll get every chance to finish it off in the ninth.

Mid 8th, Red Sox 3-0: As good as Jacoby Ellsbury has been this year, he has dropped off in one area. After getting thrown out trying to steal second base to end the top of the eighth, Ellsbury was just 24-of-33 on attempts this year.

That’s good for a 72.7 percent success rate. Some player would be happy with that, but Ellsbury’s career mark before this year was 85.0 percent. That’s Terry Francona’s big thing — the rate of success if far more important than the total.

9:11 p.m.: Cesar Ramos takes over for Jeremy Hellickson and immediately allows a walk.

Ramos is able to get the next two outs but is removed with Jacoby Ellsbury on first and Dustin Pedroia at the plate. Big Adam Russell is coming on.

Just to reiterate for those who might’ve missed it, Beckett’s only blemish was an infield hit by No. 9 hitter Reid Brignac on a little roller to third that was barely struck. Beckett is that close to flirting with history.

Not that he is upset with seven scoreless and an ERA that now sits at 1.90, tops in the AL.

Mid 7th, Red Sox 3-0: As  mentioned in a prior post, that third time through a lineup like this can be dangerous. James Shields was able to do it, but he is a veteran who has seen these guys before.

Jeremy Hellickson is unable to repeat the feat and gets knocked around a bit in the seventh.

Dustin Pedroia tripled off the wall in right with one out and Adrian Gonzalez was intentionally walked. Kevin Youkilis, who entered hitting 1-for-15 with 10 strikeouts with a runner on third and less than two outs, obliterated that trend by launching a three-run homer. It is the 10th of the year for Youkilis and it came just seconds after the Bruins took a 1-0 lead.

Something tells me that someone will be telling that story 20 years from now, the kind of tale that can only emerge in a town like this.

Carl Crawford also singled in the inning before Hellickson got out of it on his 94th pitch. He had thrown just 65 through the first six innings.

End 6th, 0-0: Since we are awaiting the game’s first run, here is an interesting statistic.

The Red Sox are the only team in the American League without a complete game, one of five without a shutout.

However, if they fail to score in this one it would be the seventh time they have been blanked. That would tie them for third in the AL.

Josh Beckett does his part to keep alive the former portion of that stat by tossing a perfect sixth. Beckett is at 64 pitches. Jeremy Hellickson is at 65. Wow.

Jeremy Hellickson strikes out Jason Varitek to finish off another quick frame.

We often talk about the second and third time through a lineup and how challenging that can be. We will have to see if the Sox can do anything in the seventh, which will be led off by Jacoby Ellsbury.

End 5th, 0-0: Josh Beckett is an infield roller off the bat of Reid Brignac from becoming a bottom line news item. If not for that cheapie, he’d be more than halfway to perfection.

Beckett has not walked a batter and has four strikeouts. His ERA is down to 1.94, and he has thrown only 54 pitches.

Mid 5th, 0-0: Whenever there is the defensive shift for David Ortiz, there is always the chance for something weird to happen.

This time, a foul pop near third base is caught by the pitcher, but only after he collides with the catcher. Reason being is that Evan Longoria was playing over towards second base in the shift.

The awkward out is part of another 1-2-3 for Jeremy Hellickson. He has faced the minimum through five, and the Sox are scoreless for 14 straight innings.

End 4th, 0-0: That was a five-pitch inning for Josh Beckett. Maybe the drink specials end at 10?

Mid 4th, 0-0: Leadoff walks to Jacoby Ellsbury usually lead to something special. Because of another double play, Jeremy Hellickson works around it and has still faced the minimum.

Boston has hit into two double plays already, erasing its only two runners. It grounded into three last night, two by Kevin Youkilis.

End 3rd, 0-0: Reid Brignac gets an infield hit, allowing us to avoid having a no-hitter watch on a night when we have our sights on another sport. Thank you, Reid.

Brignac was able to advance to second when Josh Beckett’s pickoff attempt went down the line. But Johnny Damon was a strikeout victim to end it.

Unless they can solve Jeremy Hellickson at some point, it’s more of the same in the run support department for Beckett.

Mid 3rd, 0-0: Through 2 1/2 innings, we have seen the minimum number of hitters come to the plate. That’s 15 for those of you who missed out on trigenometry.

Jeremy Hellickson can thank the slick-fielding Casey Kotchman for keeping that trend in tact. Kotchman robbed Jason Varitek of a hit and flipped to the pitcher covering to end the Sox’ half of the third.

End 2nd, 0-0: Building on the last post, Josh Beckett is doing his part to move this thing along. He has set down all six Rays hitters so far, throwing just 19 pitches in the process.

Mid 2nd, 0-0: I would never want to think that the Red Sox would rather watch Game 7 rather than win this game, but it’s hard not to wonder if some of the guys would love to be able to just get out of here rather early.

Jeremy Hellickson could help on that front. He has faced the minimum through two after a 1-2-3 second.

End 1st, 0-0: Just 10 pitches needed for Josh Beckett to cruise through the first. He struck out Matt Joyce on a pretty cutter to end it.

Pretty Cutter is the name of my new band. Just decided that.

Mid 1st, 0-0: Dustin Pedroia singled with one out, but Adrian Gonzalez grounds into a double play for the 13th time this year.

Only two players, Torii Hunter and Albert Pujols, have hit into more DPs than Gonzalez. They ought to trade him.

7:10 p.m.: Jeremy Hellickson’s first pitch to Jacoby Ellsbury is a strike. Settle in for what should be a good one.

6:07 p.m.: Absolutely no changes to the lineup for Tampa Bay. Here is the crew Joe Maddon puts forth to challenge Josh Beckett:

5:23 p.m.: We should have the Andrew Miller news up on the site in just a bit. If you have not heard, he has decided against using his opt-out clause and will remain with the organization, possibly to join the rotation next week.

If you’ve seen Miller when he’s on, you have to be excited about this. Dynamic talent, great guy. Just needs to harness it.

That news has somewhat overshadowed what I believe is a very important baseball game tonight.

Prior to the majority of the Red Sox’ six straight wins in Yankee Stadium this year, a reporter, usually one not on the Boston beat, would ask Terry Francona if these games with New York mean anything extra.

In typical Francona speak, he would politely shoot down any such suggestion, saying something like, “Until they make these games count for two…” or “This series is only as big as the last one and the next one.”

He is right. If you sweep all 18 games with the Yankees but lose all 18 to the Tampa Bay Rays, you’re not going anywhere. The fans in New England would love it, but it won’t necessarily deliver any postseason glory.

However, given the way the season has gone for the two old rivals, those head-to-head encounters have proven to be the difference so far.

Boston is 8-1 against New York, but just 31-26 against everyone else. The Yankees are 36-20 in games played outside the rivalry, including a 12-4 mark against the rest of the American League East.

The scenario has relevance to the Sox’ current opponent, Tampa Bay. The Rays are now 3-0 against Boston this year and have had plenty of success in the series in recent seasons, going 33-24 since the Tampa Bay organization turned things around before 2008. Entering Wednesday, the teams have 15 more games to play, including five straight at Tropicana Field.

If the Rays are going to defy the odds and stick around in the AL East race, it might be on the strength of its success against the Red Sox during this stretch, including tonight. In some ways these games mean the same as an April home game against Kansas City. In others, they mean so much more. To Boston. To New York. And to Tampa Bay.

Don’t believe everything the skipper tells you.

I know I am, and there isn’t one ounce of sarcasm in that statement. Or is there?

Regardless of which game I’d rather be watching, my commitment is to my fine friends exploring the Red Sox Live Blog. And with that commitment in mind, let’s get things started with the lineup for Boston:

It will be Lowrie’s first appearance since Saturday, when he was the only starter to go hitless in the 16-4 rout of Toronto. Lowrie is 0-for-11 since an RBI triple in that seven-run rally against CC Sabathia last Thursday. He has a double in his only at-bat against Tampa Bay starter Jeremy Hellickson.

8 a.m.: Josh Beckett will try to get the Red Sox back in the win column Wednesday night in a matchup with the Tampa Bay Rays.

The Sox’ nine-game winning streak came to an end in the series opener Tuesday. James Shields threw a five-hit shutout for the Rays, who pulled to within 3 1/2 games in the American League East.

Beckett will be making his second straight road start against a division foe. He allowed two runs in seven innings of an 8-3 win in Yankee Stadium on Thursday. Beckett is 7-4 with a 3.43 ERA versus Tampa Bay.

Youngster Jeremy Hellickson goes for the Rays. He is 6-2 with a 2.28 ERA in his last eight starts. 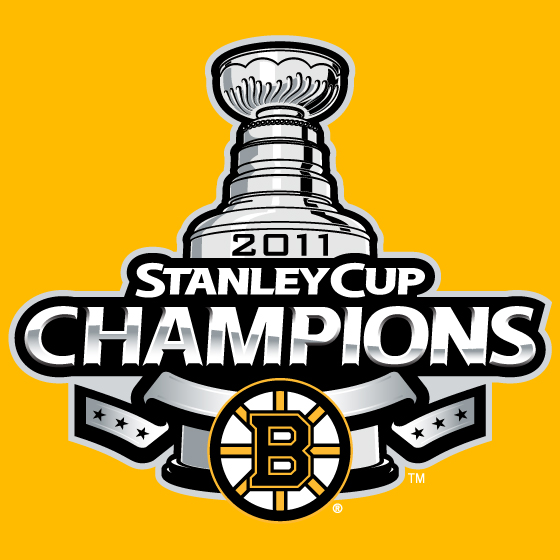