If recent history repeats itself, Bruins fans will rely on a guy like Gregory Campbell to play a big role in Game 7.

Sounds ridiculous, right? Well, just ask Pittsburgh and Carolina fans about unlikely heroes — they may know a thing or two about them, as NHL.com reminds us.

Maxime Talbot potted both of the Penguins’ goals in Game 7 of the 2009 Stanley Cup Final despite never recording more than 13 goals in an entire season.

Even more surprisingly, Aaron Ward netted the first goal of the 2006 Final, which got the ball rolling in the Hurricane’s 3-1 win over the Oilers. Ward never recorded more than six in a season.

Unlikely heroes have shown up in the box score this series already.

This means that fans at home — including goalies Tim Thomas and Roberto Luongo, for that matter — may have to pay a little more attention to the Campbell and Lapierre’s on Wednesday night. If history has anything to do with it, they could be a big part in their team hoisting the Cup after Game 7.

Speaking of unlikely heroes, the B’s have had their fair share this postseason, but which one has stepped up the most? Is it Michael Ryder, who has popped a few big goals, saved one and helped fill the open spot left in Nathan Horton‘s absence? Or Rich Peverley, who was a minus-17 in the regular season and is now blazing the surface on the top line alongside Mlian Lucic and David Krejci? Has it been Chris Kelly and his plus-3 rating and ridiculous series against the Habs? Could it be 19-year-old Tyler Seguin who has provided a spark off the bench? Or Andrew Ference who has scored more goals in the postseason than 70 regular season games and has stepped up as arguably the Bruins third best defenseman?

Which Bruins? unlikely hero has stepped up most in the Stanley Cup playoffs?customer surveys

‘History Will Be Made’ Ad From Game 6 Fires Up Bruins, Fans of Black and Gold for Game 7 (Video) 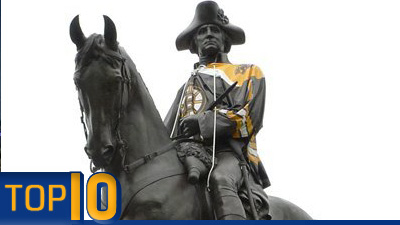