Some very important players for the Patriots will be returning to the team for the 2011 season — one of them being the longest tenured player on the roster, Kevin Faulk.

The Patriots announced Saturday that they have re-signed running backs Kevin Faulk and Sammy Morris. Offensive Lineman Logan Mankins also signed his franchise tender for the 2011-12 season and defensive back Kyle Arrington re-signed. Arrington was a restricted free agent.

New England also announced the signing of defensive lineman Steve Williams. But don't get too excited, Patriots fans. This is not the same Steve Williams who was once Tiger Woods' caddie and wing man. That Steve Williams is still looking for a job. 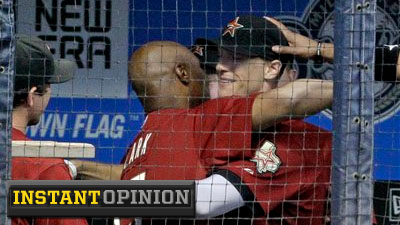