When Peter Chiarelli traded for Chris Kelly and Rich Peverley just before the deadline in February, the Bruins general manager stressed that one of the key factors in making the moves was the fact that neither forward would be merely a rental.

Both players had another year on their contracts at reasonable cap hits, making them important parts of the Bruins' future plans, as well as addressing the club's current needs for additional depth up front for the stretch drive.

In retrospect, the contributions Kelly and Peverley made in Boston's run to the Cup would have more than covered the price paid for their services, even if they had been on expiring deals. Having both for at least one more season just makes those deals look even better. And what can the Bruins expect from a full year's worth of Kelly and Peverley?

Normally, having a full training camp to fully adjust to a new system is a major benefit to a player, and may have helped fellow trade deadline pickup Tomas Kaberle had the defenseman re-signed in Boston. But Kelly and Peverley didn't exactly struggle picking up how the Bruins played, although they each had their adjustment periods in the regular season, when Kelly had just five points in 24 games and Peverley added seven points in 23 games.

In the playoffs, both proved far more productive, with Kelly chipping in 13 points and Peverley 12. Kelly's scoring, in particular, was a bit of a revelation, as the Bruins had acquired him more for his defensive ability and penalty killing.

"What he produced offensively, point-wise and goals and all that stuff, has certainly been refreshing for us," Bruins coach Claude Julien said during the playoffs. "We knew he was a good, solid two-way player, we maybe didn't expect as much offensively as we've seen so far. So that's been great."

Kelly's offense wasn't a complete surprise. He did have 12-11-23 totals in 57 games with Ottawa at the time of the trade, and Chiarelli even made several mentions of acquiring the center to help fill the void left by Marc Savard's injury.

"Adding Chris Kelly was a lot in part to replace Marc Savard," Chiarelli said after making the deals. "He's not the same player as Marc Savard, but he's a two-way player that can help down the middle. [Acquiring] Peverley was to maintain speed and skill and get better shooting."

Kelly is a far different kind of center, and nowhere near the offensive force of a healthy Savard, but both he and Peverley — who had 14-20-34 totals in 59 games in Atlanta after a 22-33-55 campaign the previous season — did give the Bruins some needed depth down the middle with Savard out. And with Savard still experiencing post-concussion symptoms and unlikely to return, they should help to fill that void again next year.

Kelly and Peverley had never played together before coming to Boston, but they quickly formed a strong chemistry after spending most of the postseason together on a line with Michael Ryder. Peverley later showed an ability to play a more prominent role, moving up to the top line in the Final after Nathan Horton's injury and scoring a pair of goals in his first game alongside David Krejci and Milan Lucic.

Off the ice, the transition proved even easier. Both players were immediately welcomed into the Boston locker room, and the shared experiences of a grueling playoff run bonded them quickly with their new teammates.

"We came in here and we were welcomed right away by these guys," Kelly said on the club's breakup day. "I think obviously when you subtract players and new players come in, those players that have left have relationships with these guys and have been through a lot with these guys, and for two new guys, actually three new guys [including Kaberle] to come in, you know, not everyone normally would be welcoming, but everyone here was."

That wasn't an accident. In doing their due diligence before the trades, the Bruins didn't just scout the on-ice abilities of the newcomers. They also attempted to make sure any additions would fit in with the tight-knit club whose camaraderie was quickly becoming one of the team's biggest strengths.

"The common theme in the plan was character," Chiarelli said after the season of the deals. "I remember talking about [being] hard to play against, closing gaps. It's character and at the end of the day that's what I wanted for us."

This year, Kelly and Peverley will be counted upon to display that character even more. They're no longer newcomers. They've been through the wars with this group and will be expected to take on leadership roles with the likes of Ryder and Mark Recchi now departed.

That might force Julien to split them up despite their strong chemistry together. Peverley is a candidate to move into Recchi's spot alongside Patrice Bergeron and Brad Marchand, but it's also possible that Tyler Seguin is ready for that role. That would give the Bruins the option of keeping Kelly and Peverley together, giving Boston a formidable third line with Benoit Pouliot and Jordan Caron being the leading candidates to step into Ryder's spot.

Wednesday, August 3: Who will be the biggest challengers to the Bruins in the Eastern Conference this season?

Friday, August 5: Will the Bruins' tough late-season schedule affect their chances at another long playoff run? 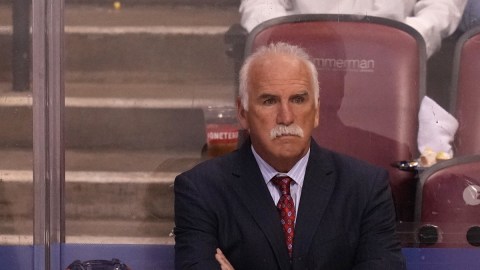 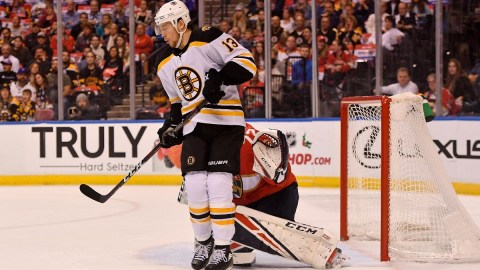