Is Nyjer Morgan Turning Into the Most-Hated Man in Baseball? - NESN.com Skip to content Brewers outfielder Nyjer Morgan is at it again.

No, he's not busting out another legendary postgame interview (and here … don't forget here, too) — he's simply ruffling the feathers of one of the best hitters in the history of the sport.

During an exchange between Morgan and Cardinals pitcher Chris Carpenter on Wednesday night, Morgan decided to toss his chewing tobacco toward the lanky righty. First baseman Albert Pujols did what any good teammate would do, and he stood up for his hurler as Morgan and the Brew Crew's bench began to clear.

Pujols sprinted over to intervene and offered Morgan a few choice words. Apparently, T-Dot, aka "The Real T Plush," didn't appreciate Pujols' act and let him hear it on Twitter, saying: "Where still n 1st and I hope those crying birds injoy watching tha Crew in tha Playoffs!!! Aaaaahhhhh!!! … Alberta couldn't see Plush if she had her gloves on!!! Wat was she thinking running afta Plush!!! She never been n tha ring!!! … Anywayz!!! On our way back 2 tha Brew City 2 welcome them Phillys!!! Itz gonna be an electric series … Ray Charles to the haters! Ahhhhhhh."

This isn't the first time Morgan's been at the center of some controversy. In September of 2010, he sparked a little donnybrook as a member of the Nationals when they were taking on the Marlins. Just weeks before, he was smacked with a seven-game suspension by the league for throwing a baseball at a fan's head after he and a (different) fan standing nearby that was taunting him exchanged words.

Are you sick of Morgan's antics? He's clearly a good baseball player and is certainly entertaining, but when do you draw the line?

What are your thoughts on Nyjer Morgan? 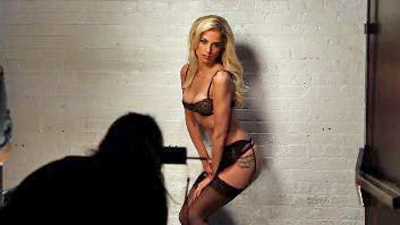