If the idea of Syracuse and Pittsburgh being lumped into the same conference as Miami and Florida State is a little odd to you, you're not alone.

Orange men's basketball head coach Jim Boeheim doesn't think the current conference realignment in college sports makes any sense, and he delved into a history lesson to make his point.

"If conference commissioners were the founding fathers of this country, we would have Guatemala, Uruguay and Argentina in the United States," Boeheim said on Monday while speaking at the Monday Morning Quarterback Club in Birmingham, Ala. "This audience knows why we are doing this. There's two reasons: Money and football.

"We're going to end up with mega conferences and 10 years from now either I'm going to be dead wrong — and I'll be the first to admit it — or everybody is going to be like, why did we do this again? Why is Alabama playing Texas A&M this week and going to Texas Tech next weekend? And why is Syracuse going to Miami in basketball this week and next week they're going to play Florida State?"

Boeheim, who has been coach at Syracuse since his playing days ended in 1966, was caught off guard by the school's move to the ACC. He said if someone told him Thursday that Syracuse was headed to the ACC, "I would have said you were crazy," said Boeheim. 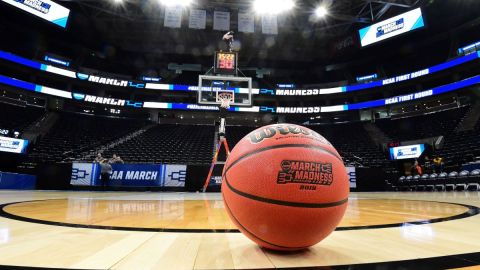