As visiting Manisaspor players emerged from the tunnel at Fenerbache's Sukru Saracoglu Stadium, they were not greeted with the usual taunts, whistles and jeers, but with warm applause instead. They reciprocated by tossing flowers into the stands, according to the Associated Press.

On Tuesday, in what must have been one of the most amazing scenes ever in world soccer, reigning Turkish Super League champions Fenerbache hosted Manisaspor in their third game of the 2011-12 campaign in front of a capacity crowd of 41,000 women and children. No teenage boys or grown men were admitted to the stadium.

"This really is a historic day," Yasemin Mercil, a female Fenerbahce executive said prior to kickoff.  "For the first time in the world, only women and children will watch a game. The women know all the chants. The same anthems, the same chants will be sung."

Istanbul's Fenerbache, one of the giants of Turkish Soccer, distributed the tickets free of charge to the unique crowd. The teams played to a 1-1 draw.

"This memory will stay with me forever," club captain Alex de Sousa said.

The remarkable scene was a result of an innovative new rule the Turkish FA implemented in order to curb crowd violence. When a team is sanctioned for crowd trouble, only women and children under 12 will be allowed to attend its next game. If adopted worldwide, The "women and children only" rule might just rid world soccer of the scourge of crowd violence.

The Turkish soccer association changed the rule this week in response to ugly scenes that took place at Saracoglu Stadium on July 21. Angry Fenerbache supporters stormed the field during a friendly against Ukranian club Shaktar Donetsk. The match was abandoned after 60 minutes and Fenerbache were forced to play their next two games in an empty stadium.

The club is at the center of a match-fixing scandal that has rocked the Turkish game. More than 60 players, managers and officials from nine clubs and three FA leaders have been arrested after an eight months' long investigation.

Most prominent among them is Fenerbahce President Aziz Yildirim, who remains jailed. Aziz is one of the richest and most prominent men in Turkey. The club faces not only the threat of being stripped of its 2010-11 league championship but also relegation to the second division. It has already been expelled from this season?s UEFA Champions League.

Fenerbache supporters staged the protest in support of Yildirim, but did their team no favors with the ugly scenes last July. See below the video below. 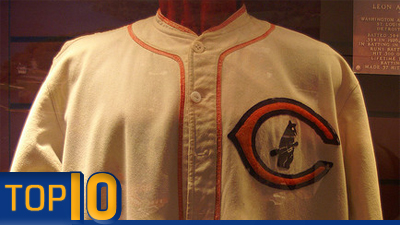 Which Red Sox Player Is Most Deserving of a Gold Glove Award This Season?