Hockey Outbursts Like Arron Asham's 'Classless' Display Not Worth Getting Worked Up Over - NESN.com Skip to content Hockey is an emotional game, and those emotions are among the things that make the sport so appealing.

But there are times when those emotions can get the best of the game's participants, and the results can generate some controversy.

Such was the case earlier this month when Pittsburgh forward Arron Asham celebrated knocking out Washington's Jay Beagle in a fight with several derogatory gestures, including a sleeping motion as he skated to the penalty box.

Asham was not penalized for the post-fight antics but did show remorse immediately after the game, apologizing for what he termed as his "classless" gestures, but the controversy has continued to create a buzz throughout the hockey world. Late last week, ESPN.com's Pierre LeBrun reported that the NHL had sent out a memo to teams that similar gestures could result in penalties on the ice or supplemental discipline from the league.

But is this something the league really needs to police? Yes, Asham's antics certainly crossed the line of good taste and he should be applauded him for his postgame apology, but was there really any harm in what he did? Somehow I doubt the sleepy-time motion bothered Beagle anywhere near as much as the solid right that dropped him.

And while even Asham may have regretted his post-fight celebration later that night, it can be difficult to control your emotions when involved in such an intense activity.

"I think sometimes in situations like that there's a lot of adrenaline," Bruins forward Brad Marchand said. "You're not thinking right and sometimes you do things maybe you shouldn't do or maybe you wouldn't do normally. Guys make mistakes, as long as they realize and they apologize for it. It happens sometimes. Sometimes you just instinctively act and you can't do too much about it."

Marchand isn't a frequent fighter, but he has been guilty of such transgressions on several occasions in his young career. Marchand excels at getting under the opposition's skin, and he'll do just about anything to get his foes off their game. That can come in the form of an extra jab in a scrum, verbal taunts and yes, even some gestures he regrets, like the golf swing motion he made at the Toronto bench late last season.

"I've had some issues with that," Marchand said. "I'm continually trying to get better, it's just sometimes the emotions do get the best of you.

"It is tough," Marchand added. "Things get real heated sometimes. Especially when you're in a fight there's a lot of adrenaline and sometimes you just kind of lose your mind and black out for a second or two and you might do something stupid. But you really just have to do the best you can to control your emotions and hopefully not make those mistakes."

Shawn Thornton has been in hundreds of fights on the ice over the course of his 15-year professional career. The Bruins' tough guy isn't usually one to lose his cool, even after a heated bout, but he knows all too well how tough it can be to control those emotions after winning a fight.

Thornton also noted that there's a big difference between showing up or taunting an opponent and directing that pent-up emotion in a more positive way to try to fire up your teammates or the home crowd. After all, attempting to spark the team when it is in need of a lift is one of the primary reasons to drop the gloves in the first place.

"I think yelling at your bench and telling them to wake up, I don't think that's showboating," Thornton said. "If you're getting into a fight and you're trying to give your teammates a spark, then that's a different thing all together."

Thornton also doesn't have a problem with some of the more elaborate goal celebrations that can straddle the line between harmless fun and showboating like Alex Ovechkin's controversial routine a couple of years ago when he dropped his stick and pretended it was too hot to hold after scoring his 50th goal of the season. While the NFL has cracked down on excessive touchdown celebrations, the NHL has allowed some leeway for creativity after goals, though some antics like Ovechkin's have drawn plenty of criticism.

Thornton isn't among those critics, though the thought of witnessing such a celebration firsthand certainly inspires him to work even harder on his backchecking to prevent any opportunities for such celebrations.

"I think the league can't be vanilla either," Thornton said. "We're still selling a product. [Ovechkin]'s got personality and that's the reason he's one of the most popular guys in the league. I actually like that stuff. I don't know if I'd like him celebrating like that when I'm out there, just because I'd be a minus, but you have to be careful. You don't want to take too much away from those guys."

Of course, after a goal the only injury to an opponent is usually just to his pride. A fight is a much different matter. Real injuries can and do occur, and respect for a fellow combatant has to prevail over emotion.

"I just worry about myself, but it's not easy," Thornton said. "Your emotions are pretty fired up. Unless you've actually gone through it, you don't really know what it's like, how emotionally involved you are when you're battling for your face. It's not an easy thing to do, so sometimes your emotions do get the best of you. I've been pretty wound up coming out of them sometimes too. It's not easy, but as many times as I can I try to keep it in check as best as I can."

Given the emotional and physical stakes involved, there are going to be the occasional outbursts that some may find regrettable. But as Asham's quick apology showed, it usually doesn't take long for the respect to return to the fore. There are plenty of things to be worried about in the game today, but whether adrenaline sometimes overrides good taste after an emotional moment on the ice shouldn't be atop that list of concerns. 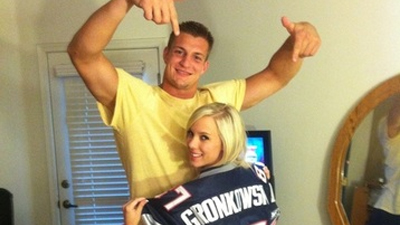 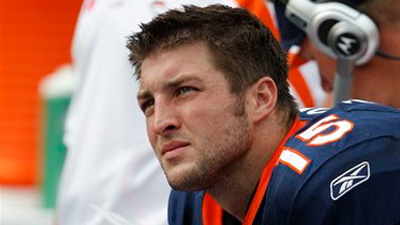 Tom Brady Reserves Judgment on Tim Tebow, Says Key Is ‘Not to Regress’