NBA Cancels Preseason, Will Cancel First Two Weeks of Regular Season If No Deal is Reached by Monday - NESN.com Skip to content

NEW YORK — The NBA canceled the remainder of the preseason Tuesday and will wipe out the first two weeks of the regular season if there is no labor agreement by Monday.

Commissioner David Stern and deputy commissioner Adam Silver made the announcement after owners and players met for about four hours but came no closer to a deal.

No further meetings are scheduled, making it even more likely the league will lose games to a work stoppage for only the second time.

Stern and Silver said owners offered players a 50-50 split of basketball-related income, far below the 57 players were guaranteed under the previous collective bargaining agreement but more than the 47 percent union officials said was proposed to them.

Whatever. The only numbers that matter now are the millions that could be lost when arenas are dark.

"The damage will be enormous," Silver said.

Players had offered to reduce their BRI guarantee to 53 percent, which they said would have given owners back more than $1 billion over six years. But they aren't going any further, at least for now.

"Today was not the day for us to get this done," players' association president Derek Fisher said. "We were not able to get close enough to close the gap."

With superstars such as Kobe Bryant, Paul Pierce and Kevin Garnett standing behind him, union executive director Billy Hunter said the players' proposal would have translated to at least $200 million per season — a sizable chunk of the $300 million owners said they lost last season.

But that gap remains, and the sides are still divided on the salary cap structure. And like in 1998-99, when the season was reduced to 50 games, players say they will not accept a bad deal just to get back on the court quicker.

"Our guys have indicated a willingness to lose games," Hunter said. 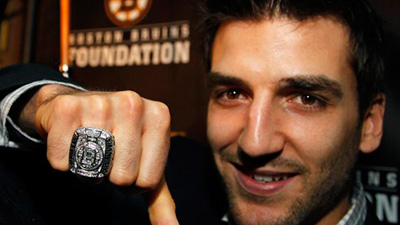