The Patriots are 4-1, the Bruins have raised the banner and if the NBA ever got its act together, we’d be weeks away from seeing the Celtics take the floor. Yet, we’re still talking baseball. Here is the latest edition of the Red Sox Mailbag. Enjoy.

1. I’m hearing the Indians are not going to pick up Grady Sizemore?s option? What are the chances the Red Sox pick him up so he can play right field? And do you think he will be successful here?
— Christian Gonzalez

It’s certainly worth thinking about. Sizemore was once one of the rising stars of the game, but he has broken down in dramatic fashion. He just had right knee surgery, his fifth major procedure in a three-year span. Perhaps playing some right field would reduce the toll on his body just a tad, but if the Red Sox were to go that route, they better have a backup plan and they won’t want to give Sizemore too much money. He’s just been a physical wreck of late.

Sizemore is still only 29, however. I guess there’s time for him to find a rebirth somewhere.

2. As for the future, what’s your take on David Ortiz? He slumped badly in September, not to mention his difficulty running out ground balls. Is it time to say goodbye and go cheaper and younger?
— Mike Ragoza

This is an intriguing one. The bottom line is that the team probably won’t find a designated hitter to produce like Ortiz did, unless they can convince Prince Fielder or Albert Pujols to take on that role, which is not very likely. However, opening that spot up could allow someone like Ryan Lavarnway or Kevin Youkilis to slide in and money saved on Ortiz could be used elsewhere.

I think they will find a way to agree to terms. Ortiz had a rough September, but he was a monster for the bulk of the season and alleviated concerns of his demise with incredible production against lefties. I wouldn’t go more than two years, though.

3. One problem that I have seen consistently get worse throughout the past three seasons is the difficulty the Red Sox have in turning hits into runs. It was a little problem in 2009, got worse in 2010, and by 2011 was the proverbial elephant in the room. For instance, they outhit the Orioles in Game 162 but still lost. It would seem that the Red Sox would benefit from a new point of view from a different hitting coach. I am sure all positions are up for review at this point. Or are they?
— Christa

Yes, there is a top-to-bottom review going on right now. No department will be skipped over.

Actually, the Sox ranked among the best teams in the league in clutch situations, which is no surprise given the fact that they scored more runs than anyone in baseball. In fact, the team average with runners in scoring position rose nine points from 2010.

Your primary issues involved some poor base running and bad pitching. If you have enough of that, it makes a wasted opportunity with the bases loaded hurt that much more.

4. Has anyone floated the idea of Carl Crawford playing right field where his speed could be better used. With that we can concentrate on bringing in a big right-handed bat to play left field.
— Roger

You have, Roger. You’ve floated the idea, and frankly it’s not awful, especially given the massive right field at Fenway Park. One area of concern lies in the fact that Crawford does not have much of an arm. You want someone with a hose out there.

5. Do you think John Lackey will be gone next year? Would the Red Sox be willing to eat up a large portion of his remaining contract to get rid of him?
— Mack

We discussed this last week, but it will continue to be a hot topic. With almost $50 million remaining on Lackey?s deal, it’s not easy. Boston would have to eat a ton of it, or take on an albatross of a contract in return. My thought is that this can be more palatable in another year when the numbers aren’t so astronomical.

6. Hello. How accountable is pitching coach Curt Young given the bloated Red Sox September ERA? If Francona is out, doesn’t that beg the question of how effective Young was with the pitching staff?
— Jordan

We had about 15 Curt Young questions this week. Jordan was our winner, even though he did misspell Young’s first name.

Young is certainly under the microscope. It would be hard to hide from a staff ERA of 5.84 in September (7.08 for the starters). And if the entire staff gets the heave-ho, he’ll obviously be gone. But let’s put a few things in perspective.

Many of you mentioned that Young is no John Farrell. Did you know that in Farrell’s first season with the team the staff had a 4.83 ERA, 11th in the American League? In Young’s it was 4.20, ninth in the AL.

In Farrell’s second season the team ERA was tops in the league, but then it was fourth, seventh and ninth in his final three seasons in Boston, certainly not heading in the right direction. If Young is kept around, just understand that one year under his belt here could help out in the second year, and so much of it goes beyond what the pitching coach provides.

7. Tony, this team looked so out of shape physically this season. How about a new training staff to whip them into shape?
— Mike Demske

We included this question as it relates to two others. First, you will recall the reference to a stem-to-stern overview, and the training staff is right at the top of the list. Also, going back to the September ERA referenced in the prior answer, it seemed as if much of that had to do with poor conditioning. Guys hit their respective walls way too early, especially for a team that had designs on playing well into October.

8. If Theo Epstein goes to Chicago and Ben Cherington takes over as Red Sox general manager, will he be a strong advocate for minor league development or free agent signings as his main agenda?
— Glenn Fisk

Cherington has called Epstein his “mentor,” and the former has cut his teeth in the organization for years now. There won’t be a massive shift in mentality if and when Cherington takes over. This is an organization that places an emphasis on building from within, and the system has been sapped a bit in the past year or so through the Adrian Gonzalez deal and the slow progress of some prospects. Out of necessity, there will be an emphasis on that aspect of the job, no matter who is at the helm going forward.

9. Hey! There are rumors swirling that if Epstein went to the Cubs then the Red Sox should ask for Starlin Castro or Matt Garza. How realistic do you think that this is? Would it be more likely that we could get one of the Cubs better prospects like Trey McNutt or Hayden Simpson? Also it worries me that Castro has very suspect defense. Do you think that his lack of concentration in that area is partly because he is still only 21 and playing on a losing team, and if so could that area improve being on the Red Sox with the influence of Pedroia and Gonzalez? Thanks.
— John

The Red Sox may ask for the world, but I think you;re looking at a prospect or two as compensation, rather than guys like Castro or Garza. Those are two players the Cubs can build their lineup and rotation around for the foreseeable future.

As for Castro’s defense, your instincts are right. He’s a kid. Most shortstops his age are making dozens of errors in the minors. If he ever found his way to Fenway, he’d have a great group around him. So will Jose Iglesias, the much more likely future shortstop.

10. Will the Red Sox stay with Marco Scutaro or will they give a chance to Mike Aviles?
— Hector Pantaleon

There’s a club option and a player option involving Scutaro. The way he played this year, especially down the stretch, he?s earned a chance to return. Also, Iglesias could use another year at Pawtucket. He’s had injuries interrupt each of his two seasons in the system. It would be nice to get him a little more seasoning. Scutaro’s a great guy to keep the seat warm.

11. Hi Tony, do you think the Red Sox will go after Prince Fielder to be the new DH? He?s much younger than David Ortiz.
— Andy

Fielder has said he would like to remain a first baseman, but has also indicated he just wants to win, so perhaps he would take a role as a full-time DH. However, with big money locked up in several other players (many of whom see their salaries jump quite a bit in 2012) and a good chunk of change needed for whenever Jacoby Ellsbury has to get paid, I’m not so sure the Red Sox will be the biggest players on the market this year. It just doesn’t seem likely. He’ll demand something on par with Gonzalez, Mark Teixeira and Ryan Howard, his high-priced peers.

12. There was a rumor about John Lackey being moved to the Padres. Do you see this happening? Who do you think they will get in return if this trade happens?
— Adam Phelps

Again, a Lackey trade, while appealing on the surface, would require the organization to eat a ton of cash. If the Padres had a really bad contract to send back, perhaps this could happen, but they don’t. It would involve an eight-figure payout for the next three years on the part of the Red Sox, all for a guy pitching in another league across the country.

That said, San Diego might be a good spot for Lackey. He would be matched up with his former pitching coach, Bud Black, who is the manager of the Padres. Petco Park is a pitcher’s park, so perhaps a club like San Diego can squeeze out something from the righty and get a few cheap years from a veteran that could help some of the young arms on their staff.

Jets Appear to Pull ‘Spygate’ Move Against Patriots on Sunday, But Sideline Camera During Game Was Within Rules (Photo) 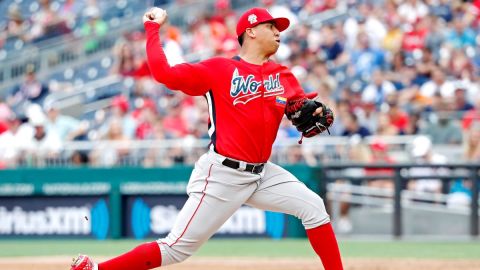 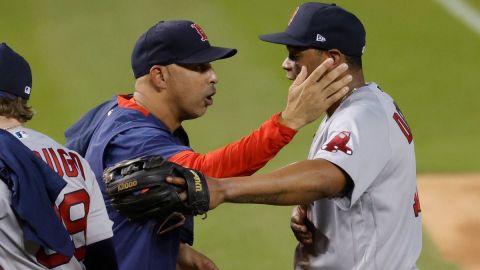 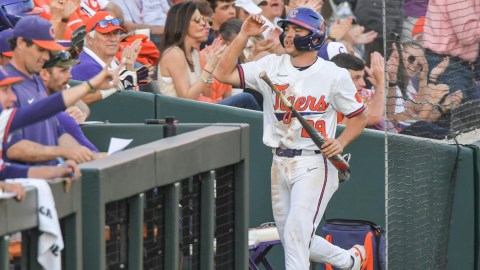