BOSTON — It appears that the Bruins won't have the Garden all to themselves this season after all.

And that's just fine by them, as the Bruins were happy to hear the news that the NBA players and owners had reached a tentative agreement on Saturday to end the owners' lockout.

"I heard a about it this morning and that's great for both sides over there," Bruins forward Daniel Paille said. "I'm sure they're both anxious to get things started."

Paille is the Bruins' player representative with the NHL Players' Association, so he's certainly been an interested onlooker this year as the NFL and now NBA have endured rounds of labor strife.

"I just know the main key points, I don't know too much more after that about what the players wanted and what the owners wanted," Paille said. "I don't know what the results were for the success they got to come to an agreement, but I'm sure both sides are happy, or else they wouldn't have done it."

The NHLPA and NHL owners will be in need of a new deal themselves in the near future. The current CBA expires after this season, and the sport of hockey can't afford another extended stoppage like the owners' lockout that cost the game the entire 2004-05 season. Paille doesn't foresee that happening, and believes an agreement will be reached without a stoppage.

"I'm always optimistic," Paille said. "I definitely feel very positive about it. It's too early to tell right now because not everybody is focusing on it, but I think toward the end of the year people will be."

The NHLPA is getting prepared, though. New union head Donald Fehr has been making the rounds to touch base with the players on each of the league's 30 teams, and despite Fehr's reputation as a hardliner from his days running the MLB Players Association, Paille is confident that Fehr is the right man to guide the NHLPA toward a fair agreement with the owners.

"I'm sure he's reached out to most of the teams and I know his goal is to reach out to everyone," Paille said. "For us, we stand by him. He's got a lot of experience and he gives us a lot of knowledge on what to expect. He's been great for us so far and in the future we'll know what we need to do." 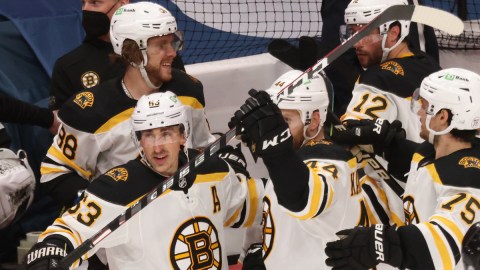