It's been an up-and-down season for Boston University, and senior goalie Kieran Millan has been at the forefront.

But his career up to this point has been great, as he's had the rare opportunity to start for the Terriers since his freshman year and even earned the school record for wins by a goalie after a win over the University of New Hampshire.

NESN.com's Chantel McCabe caught up with Millan, and the two talked about how he got started in hockey, his collegiate career at BU, his favorite moment with the Terriers, his thoughts on the season and more.

And get this: He hates his sports psychology class. Guess he doesn't need anyone to pump his tires.

Check out the rest of the interview in the video above. 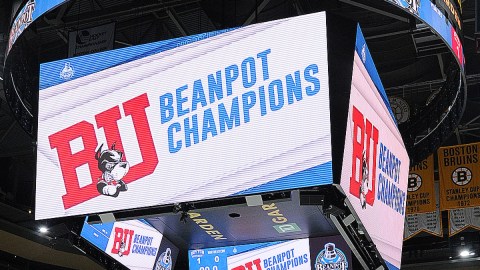