LAS VEGAS — Brock Lesnar took one last kick to his stomach and crumpled at the side of the cage, unable to fight back when Alistair Overeem pounced.

Lesnar had been finished by a 6-foot-5 Dutch kick boxer in the first round at UFC 141. A few minutes later, the UFC’s former heavyweight champion finished his own meteoric mixed martial arts career.

Lesnar retired from the UFC after Overeem stopped him with one vicious kick to the body at 2:26 of the first round in their heavyweight bout Friday night, leaving the UFC heading into 2012 without its biggest pay-per-view star.

“This is the last time you’ll see me in the octagon,” Lesnar said.

Largely thanks to his fame from a career in pro wrestling, the hulking Lesnar (5-3) played a significant role in expanding the UFC’s profile and fan base over the past four years. He beat Randy Couture in 2008 to win the heavyweight title, defending it twice before losing the belt to Cain Velasquez last year.

But Lesnar has fought just three times in the past 2 1/2 years while dealing with bouts of a lower-intestinal ailment that nearly killed him. The accumulation of pain and rehabilitation finally undid Lesnar, whose famed strength and stubbornness couldn’t overcome diverticulitis.

“I’ve had a really difficult couple of years with my disease, and I’m going to officially say tonight is the last time,” Lesnar said.

Lesnar’s return from a 14-month injury absence was a short, one-sided beating. After taking damage from two knee blows early on, he couldn’t recover from a kick to the liver from Overeem (36-11), who made a stellar UFC debut despite getting cut near his right eye by a punch from Lesnar.

The 34-year-old Lesnar’s announcement stunned fans who already realized he faced a difficult matchup in the UFC’s traditional end-of-the-year event in its hometown. The matchup was a classic MMA clash of styles, with Lesnar’s brute wrestling contrasting sharply with Overeem’s vicious striking.

“I had no idea he would do that, (but) am I surprised? No,” UFC President Dana White said. “Brock Lesnar has made a lot of money in his career and has achieved a lot of things. … He brought a lot of excitement to the heavyweight division. What he accomplished in a short amount of time is amazing, but I get it. It doesn’t shock me.”

Overeem is three years younger but much more experienced than Lesnar, hurting the former champion at least twice earlier in the round while Lesnar failed in his attempt at a one-legged takedown.

“I promised my wife and my kids if I won this fight, I would get a title shot, and that would be my last fight,” Lesnar said. “But if I lost tonight … you’ve been great.”

Overeem will get the next shot at UFC heavyweight champion Junior Dos Santos, who watched from a seat near the octagon. 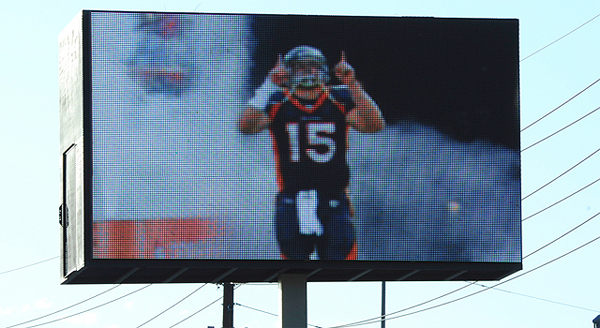