The Cody Ross acquisition still hasn’t been officially announced. With the 40-man roster jam-packed, the Red Sox are reportedly evaluating options on who to move in order to free a roster spot for Ross.

Despite signing the outfielder, the Red Sox have cash flexibility remaining from the Marco Scutaro trade. The team’s top targets are pitchers Roy Oswalt and Edwin Jackson, who could round out the rotation.

As the wait continues, here’s this week’s mailbag.

Since the Sox appear to be more interested in Jackson over Oswalt, what is your opinion on why Edwin Jackson has changed teams so often?
–Jackson, Falls Church

In retrospect, the Dodgers probably rushed Jackson into the majors — at age 19 — way too prematurely. It took Jackson a few years in Los Angeles and then Tampa Bay to sharpen his skills and get his seasoning. During his last season in Tampa, Jackson found his touch.

Ever since, Jackson has been attractive trade bait. After he made the All-Star team in 2009, Detroit capitalized on the value, shipping him to Arizona for prized prospects. Over the next two years, Jackson played for underperforming teams — the D-Backs and White Sox.

So if you’re a losing team, what do you do with a flamethrowing, righty with increasing payroll? Trade him for young, cheap prospects. It’s not like Jackson was a terrible pitcher, he just caught some unlucky bumps along the way.

Look at Cliff Lee. From 2009-11, he bounced from Cleveland to Philadelphia to Seattle to Texas and back to Philadelphia. Clearly, Lee is one of the premier pitchers in the game. But his situations made him expendable trade bait.

What are the chances of Alex Wilson getting a shot at the rotation out of spring training? The kid has been really solid even though he doesn’t have much experience above Double-A? Hope to see my question! I’m a die hard fan from New York 🙂
–Jordan Camacho, Bronx, New York

Very slim. It would take a phenomenal performance in spring training for Alex Wilson to earn a spot in the majors, let alone in the rotation, with his limited experience in Triple-A. Frankly, the Red Sox have stockpiled on so many pitchers, the competition is crowded already.

But it wouldn’t be a surprise if he got called up later in the year and receives an opportunity in the bullpen. He’s been solid and hasn’t allowed many homers in the minors. He’ll likely want to test out his changeup — his third pitch — and master it.

You never know, though. It worked out for Daniel Bard in 2009, despite little experience in Pawtucket. Andrew Bailey made the impressive jump from Double-A to the Athletics in 2009, so it’s possible.

I like the Cody Ross pickup but I am not big on the Sox not having an everyday shortstop. What do you think they will do to fill this void besides platooning Aviles and Punto?
–Jordan Moody, Fort Myers, Fla

Pray and hope Jose Iglesias develops faster at the plate. Based on Ben Cherington’s comments to WEEI on Wednesday, the Red Sox general manager still views the 21-year-old as a long-term option.

I’m sure the team will monitor other alternatives during spring training, but the Red Sox really like Aviles’ bat. Since there’s a concrete role for Aviles now, he’ll have ample time to seize the opportunity in Boston.

In the meantime, this is a critical year for Iglesias.

Hey Didier, any possible chance we get [Starlin] Castro from the Cubs as compensation for Theo Epstein? And more realistically, does Chicago have any other shortstops waiting in the wings of their farm system that could be major league ready this year?
–Evan, Folly Beach, S.C.

The compensation matter is now in MLB commissioner Bud Selig’s hands, so at this point, anything is possible (Kevin Garnett voice). In all seriousness, I doubt it and I’m not sure the Red Sox would want to inherit Starlin Castro‘s baggage as he deals with sexual assault allegations.

That said, the Cubs have an alluring shortstop prospect in Javier Baez, who was selected ninth overall in last year’s draft. Despite the fact Baez recorded 18 at-bats in the minors, MLB.com listed him as the 62nd-best prospect.

But I wouldn’t expect the Cubs to part ways with him any time soon. If he lives up to the billing, he could be an integral piece to the team’s rebuilding efforts.

First, I would like to say thank you for keeping me in the loop while I am in Afghanistan. My question is with us recently signing Cody Ross as well as already having a slew of players contending for playing time in right field as well as left field while Carl Crawford is out, does that leave us with a zero percent chance of landing Yoenis Cespedes, and are our pockets even deep enough for him at this time with us trying to land one of the two big free-agent pitchers left out there?
–Matt Ryan, Malborough, Mass.

Matt, thank you for following us from over there! It’s probable the Red Sox won’t be aggressive players in the Yoenis Cespedes race. The team has approached the offseason with a conservative spending style and I wouldn’t expect Cherington to buck the trend — especially on the heels of the Scutaro trade that provided financial flexibility.

Cespedes will command a lot of cash, plus there’s no urgency to reel him into Boston anymore. Once Crawford returns, the Red Sox will have Ross, Ryan Sweeney and Darnell McDonald, so there’s sufficient depth in the outfield. 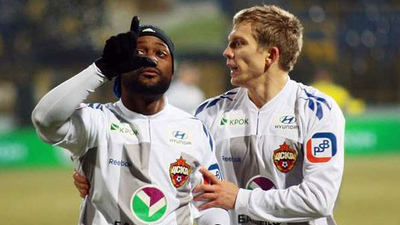