Report: Bart Scott Flips Off Photographer in Jets Locker Room, Tells Him to 'Take a Picture of That' - NESN.com Skip to content

The New York Jets didn't just miss out on the playoffs. They're a team that appears to be in a bit of disarray upon playing their last game of the season.

In what was a very interesting scene in the Jets locker room on Monday, when the players arrived to clean out their lockers, linebacker Bart Scott wasn't in the mood to speak with reporters. He was in the mood to throw some one-finger salutes in their direction, though.

Scott gave the middle finger to a photographer when he was approached while carrying out his stuff, ESPN.com reports.

"Get that f—— thing out of my face," Scott said to the photographer before throwing in some more profanity for good measure.

Scott wasn't the only player generating a buzz in the Jets locker room on Monday, as wide receiver Santonio Holmes was the subject of much discussion after a report surfaced stating that he was benched during Sunday's season-ending loss to the Dolphins because of his demeanor. Holmes' antics reportedly came on the heels of him quitting on the team and clashing with quarterback Mark Sanchez.

"It's tough for guys to follow a captain that kind of behaves in that manner. You're a captain, guys looking at you," running back LaDainian Tomlinson said of Holmes. "You've got to lead by example. You've got to play your tail off until the last play."

Holmes didn't speak with the media on Monday. Judging by what came out of Scott's mouth in the wake of the team's three-game losing streak to close out the year, it's probably for the best. 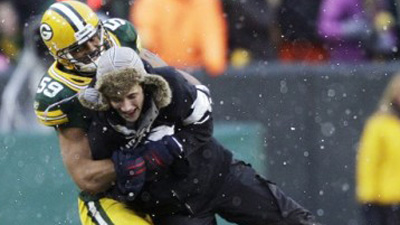 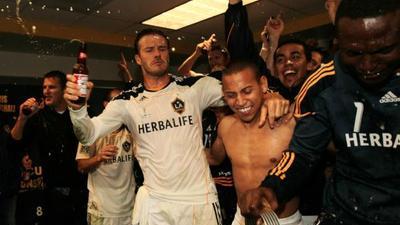