After a forceful start in CONCACAF Olympic Qualifying, the U.S. women’s soccer team took its foot off the pedal against Guatemala on Sunday. It didn’t stop the ball from rolling into the back of Guatemala’s net 13 times, though.

Behind Sydney Leroux?s five second-half goals, the U.S. women rocked Guatemala 13-0. This brought the team’s total goal count to 27 in its two opening matches, after smashing the Dominican Republic 14-0 on Friday night. Amy Rodriguez was the team’s leading scorer Friday with five goals.

U.S. star striker Abby Wambach said the team is trying to make a statement with the goal differential, after slipping up in its last qualifying tournament.

“We understand that 14, 13-goal games can be looked down upon by some of our viewers, our fans, by fans of other countries,” Wambach said after Sunday’s win, when she scored twice. “But the truth is we didn’t get our job done the last qualifying tournament, and this is a statement that we’re making to the rest of the world … That’s why the results are the results you’ve seen.”

The emphatic first win against the Dominican Republic was hampered by the injury to 27-year-old right back Ali Krieger. She started every match in the 2011 Women’s World Cup, when the U.S. lost to Japan in the final.

Krieger will not count herself out of the Summer Olympics just yet, despite tearing both her right ACL and MCL in the first match. The expected rehab time of six-to-eight months means she has a very slim chance of returning in time for the Olympics.

With a goal difference of 27 and six points already in the bag, the U.S. needs to draw with Mexico on Tuesday night to secure first place in its group. It has already qualified for the semifinals, but finishing first would mean avoiding Canada in the semifinals, which is hosting the qualifying matches.

If U.S. coach Pia Sundhage?s team can break through to the finals, it will mean the U.S. is headed to London for the Olympics later this year. 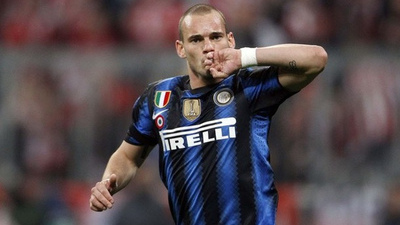 Wesley Sneijder Will Not Leave Inter Milan in January, Manchester United Target to Remain in Italy