Wesley Sneijder Will Not Leave Inter Milan in January, Manchester United Target to Remain in Italy - NESN.com Skip to content Inter Milan playmaker Wesley Sneijder will be sticking around at the San Siro through the January transfer window. The Inter midfielder who is under contract until June 2015, says he will not leave the Italian side this month, according to FIFA.com.

Sneijder, who has scored one goal in eight league appearances for Serie A’s fourth-place team this season was linked with moves to England, most notably Manchester United, in the summer.

The English giants have a crisis in central midfield that forced Paul Scholes to come out of retirement to add some depth. Manager Sir Alex Ferguson has said he will not buy a center-midfielder in the transfer window, and the Holland international says he is happy to stay at Inter.

“I am in good shape and I feel well,” Sneijder reportedly told Gazzetta dello Sport. “The future? I stay at Inter, I feel good here. How much is left until the end of this transfer window? A week, no? I’m staying here.”

Inter has won its last seven Serie A matches, including a 1-0 derby victory over AC Milan after Diego Milito struck in the 54th minute. Sniejder came on for Milito in the 75th minute of the derby.

The Dutchman has not scored for Inter since October. The Italian side plays its next match on Jan. 25 against Napoli in the Coppa Italia quarterfinals. 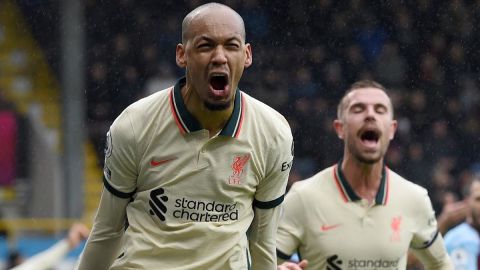