Kobe Bryant took part in an exhibition game last summer and, in a conversation with someone in the crowd, gave his short list of the greatest NBA players ever.

Bryant, who attended Lower Merion High School outside the City of Brotherly Love, placed himself below only Wilt Chamberlain, who attended Overbrook High School in West Philadelphia (born and raised, on a playground was where he spent most of his days). Michael Jordan was lucky No. 3, by Bryant’s count.

Bryant is entitled to his opinion, but the really entertaining part was how he phrased his list.

OK, so he didn’t really say that, but it would have been funnier if he had.

Check out what Bryant actually said in the video below. 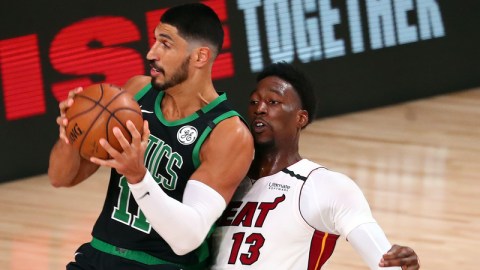