What a difference a few months can make.

Back in November Ryan Braun was on top of the world. He had just led the Milwaukee Brewers to within a game of their first World Series appearance since 1982 and shortly thereafter was named as the NL MVP for the 2011 season. Almost needless to say, Braun was quite possibly the hottest commodity in all of baseball.

Then, of course, while Braun was still busy celebrating his latest feats the news turned sour. On December 10, just three weeks after Braun was awarded with the MVP trophy, the Brewers All-Star outfielder found himself in the middle of a Barry Bonds worthy steroid scandal.

Braun had been accused of testing positive for an abnormally high level of testosterone during a standard league-issued steroid test back in October and was subsequently suspended 50 games for the infraction. The newly crowned MVP came out against the accusations, denying the test results' accuracy and adamantly claiming his innocence.

Flash forward three months and an appeals court's decision to overturn the alotted 50-game suspension on Thursday seems to prove that Braun may have been right all along. Or was he?

The decision appears to be a good one for the baseball world as a whole. Now, the National League's reigning MVP will at least be allowed to see the field for the first third of the season and fans will be able to enjoy Braun's home run bashing during all 162 games.

Braun has always appeared to be the All-American athlete throughout his five-year MLB career. The power-hitting right-hander has been a fan favorite in Milwaukee since the first time he stepped on the field in 2007 and is a popular name among most cirlces when discussing players to build a franchise around. The Brewers then proved that notion at the start of the 2011 season by extending Braun, who was already under contract through 2015, for another five years and shelling out another $105 million to keep the slugger in town.

Then again who would argue with locking down a franchise player, when he is consistently putting up .300, 30 and 100 stat lines? Braun looks the part of prototypical hard-working American man and his clean record, in terms of off the field activity and steroid use, only went to give him even more credence with the fans.

That same clean slate was used time and time again to defend against the allegations of steroid use over the past few months. And maybe the four-time Silver Slugger Award winner is telling the truth about his past and is breathing easy with Thursday's announcement. But while Braun and fans both breathe a sigh of relief, the MLB seems to be stewing over the leniency.

Thursday's arbitration hearing came down to a 2-1 vote on the issue, with the ruling in the case coming down to independent arbitrator Shyam Das' opinion on the matter — per MLB's suspension appeals policy. Das ruled in favor of Braun, but after the hearing the panel refused to provide any reasoning behind it.

Rob Manfred, MLB executive vice president and one of the people on Braun's arbitration panel, sounded disgusted after the ruling.

Manfred appears to have accounted for the one vote against in the Braun case, and given his choice of words folliwng the ruling it appears that he is likely not the only one who feels that way.

ESPN baseball analyst Karl Ravech tweeted after the decision became public that it may have been an error in protocol that ultimately swayed the panel's decision.

If this proves to be true then Braun's dismissal could be summed up as a more a technicality than a declaration of innocence, which would be sad for a player with as much talent and clout as him.

The fact remains, though, that whether Braun was truly innocent or simply found not guilty due to a gaffe in the process, he has been cleared of the conviction. He is no longer accountable for the apparent mistake and, although his image may be somewhat tainted in the court of public opinion, his name and status in the game remains in tact.

Whichever way you look at it, the blame for this catastrophe lies solely with Bud Selig and the MLB. Baseball devised these rules and laid out the protocol for steroid testing when they agreed to the current drug policy back in 2006. The program was supposed to prevent and treat steroid use in baseball with swift and appropriate action.

The policy seemed to work for a number of years, as players throughout the sport were caught and prosecuted for abusing the system. Many minor-league players were found guilty and served their subsequent suspension, but some big league stars such as Manny Ramirez also had to account for their sins.

Yet even with the amount of justice served over the past five-plus years, there is still clearly something inherently wrong with the current drug testing policy. Whether Braun's results were incorrect to start with and was wrongly tried by the system or if there was a tactical error within the protocol that allowed the MVP to circumvent the punishment, the system is clearly flawed.

The steroid era in baseball was a very troublesome time for the sport and caused a lot of distaste for both players and the league. If players see Braun's acquittal as an opportunity to beat the system then the sport could see another jump in juicing across the sport, which could be deadly for America's pastime.

That just stands to show there needs to be some form of corrective action taken to properly address whicever injustice has taken place in this instance. It is Selig's job to maintain a fair playing field within baseball and to find an effective testing system to keep that integrity in tact. The issue is no longer whether Braun is or isn't guilty of abusing the policy, but how you and your staff can about insuring that this type of error never happens again.

So, with the Red Sox compensation issue already on the table, for the second time this week a structural issue falls into the commissioner's lap seeking attention. Now, it is simply about how Selig and Co. resolve the issue.

As Fed Ex tells their employees, Bud: "Handle with Care!"

Vote: Who Will Win the Sprint Cup Series Championship? 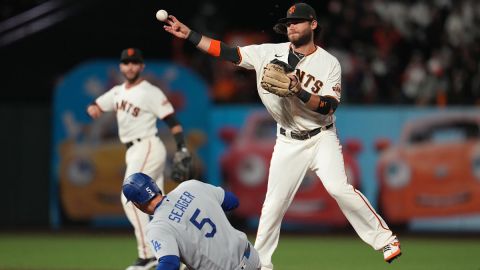