WILMINGTON, Mass. ?- It may have been the worst-kept secret in NHL history, but the league made the news official on Thursday. Next year's Winter Classic will indeed be held at the Big House, the University of Michigan's colossal football stadium.

At least one Bruin couldn't think of a better place to hold what has become the NHL's signature midseason event.

"If you're going to have it in Michigan, it's definitely the place to have it," defenseman Steven Kampfer said. "With how the football stadium goes into the ground it's pretty cool, and I think Michigan will do a top-notch job of setting everything up."

Kampfer knows a bit about Michigan. He was born in Ann Arbor, grew up in nearby Jackson, Mich., and spent four seasons playing for the Wolverines. He expects an electric atmosphere for the outdoor game between host Detroit and Original Six rival Toronto, though maybe not as wild as when the Wolverines are playing, even when those games are indoors.

"I'd say in college it's probably the loudest atmosphere going, with the chants and everything like that," Kampfer said. "The University of Michigan with their chants for goals and penalties and stuff like that, it's a pretty rough setting to come into if you're an away team and you don't know about it. I'd say it's challenging [for visiting teams]. But it's a city that loves hockey and it's a city that loves its football. So when you put the two together and you have it at the Big House, it's going to get a big crowd."

Commissioner Gary Bettman stated on Thursday that, "Even with 115,000 or more tickets available, we still won't have enough to satisfy the demand." Still, Kampfer had some doubts that the Red Wings and Leafs could draw better than the Wolverines and Spartans.

"I think it will be tough," Kampfer said. "With Toronto and Detroit being so close it might help out, but the college kids won't be there so I guess it won't be as rowdy."

That game will lack some of the college ambiance with Michigan students away for break at that time, but the NHL fans from two of the league's storied franchises will do their best.

Kampfer spent four seasons with the Wolverines, but never got the chance to play in the Big House himself. The game against Michigan State came during Kampfer's first season with the Bruins, just a year after he graduated with a degree in political science. Kampfer did get a taste of the great outdoors in his senior season when the Wolverines faced Wisconsin in the Camp Randall Hockey Classic on Feb. 6, 2010, but that wasn't quite the same as playing on Michigan's famous gridiron.

"I played at Wisconsin outside, but I never played at the Big House," Kampfer said. "I wanted to. That was one of the recruiting tools when they got me, but I guess I was a year too early.

"They had it after I was there," Kampfer added. "I saw the game. It was awesome for the guys that I knew that played. They loved it. It was a good experience for them to get to play in the Big House. And obviously the NHL liked it so much that they're taking it back there."

Once again Kampfer is just missing a chance at playing outdoors in a historic venue. He came to the Bruins one year after Boston beat Philadelphia in the Winter Classic at Fenway Park, and he had held out hope that the Bruins might get to be the opposition for Detroit next year.
F
"I figured it was Original Six and they would have looked and saw that Timmy [Thomas] and I are on Boston and Michigan guys that they'd want to bring us back, but it's good," Kampfer said. "I think both teams will do a good job at it." 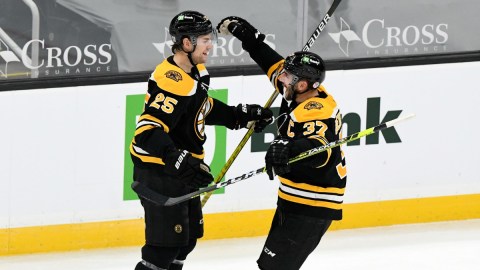 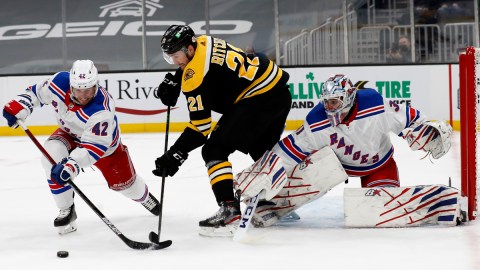 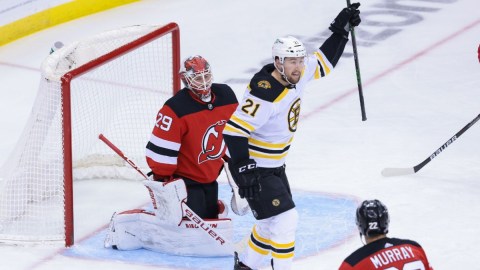