If the Patriots are interested in wide receiver Brandon Lloyd, that interest is mutual.

Lloyd, who is an unrestricted free agent, told CSNNE.com's Tom E. Curran that he's "very interested" in joining the Patriots.

"And like I said earlier, I admire Coach Bill [Belichick], I admire Tom Brady, I admire how they run things over there," Lloyd said. "For any receiver to be considered to come in and play on the New England Patriots is gonna be excited just because of the history of success."

The Patriots' top priority when it comes to receivers at the moment could be locking up Wes Welker to a long-term extension. Welker, of course, had the franchise tag placed on him earlier this week, but both sides have expressed a desire in the past to hash out a new contract.

As NESN.com's Jeff Howe pointed off earlier this offseason when discussing the possibility of Lloyd landing with the Pats, the 30-year-old wideout had 128 receptions, 2,131 yards and 16 touchdowns combined between 2010 and his 2011 stint with the Rams, which all came while playing under McDaniels. For the rest of his career, Lloyd has 183 catches, 2,653 yards and 15 touchdowns.

Lloyd racked up 77 catches for a league-high 1448 yards and 11 touchdowns — all career highs — during that 2010 season in Denver, resulting in his first and only Pro Bowl selection.

Lloyd isn't focused on personal stats, however, as the journeyman receiver's main concern is obtaining the Super Bowl ring that has eluded him thus far.

"Winning is definitely the highest priority," Lloyd said. "I've been in the league for 10 years now and I don't look at the NFL as a place where I can horde money and get as much as I can because it's the end of the world [at the end of his career]."

Lloyd also noted the trust he's established with McDaniels, saying, "I know he's gonna put me in good situations where I can go out there and be successful."

If that trust can translate into success in New England, the Pats would be wise to take a flyer on the veteran receiver. 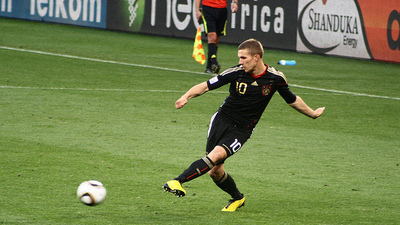 Danny Ainge Says ‘Nothing Is Even Close’ Regarding Potential Celtics Trade