Daniel Bard hopes to make many starts this year. He threw 25 pitches against a gathering of young Twins players at Hammond Stadium, the other spring training complex in Ft. Myers.

He gave up a one-out double to Brian Dozier followed by an RBI single from J.R. Towles. Neither will be confused with Jose Bautista or any of the Blue Jays hitters Bard is likely to face in the second series of April if he sticks in the rotation.

This was, after all, a "B" game. You won't even find it on the Grapefruit League schedule. It doesn't even count towards the coveted Mayor's Cup that the Sox and Twins will battle over all month.

Still, every inning is a referendum as we watch Bard this spring. The righty wants to prove he can start, and that he can handle the workload of 150 or more innings in 2012. That's why this was important. It's why Bobby Valentine reminded us this week that "they're only 'B' games to the guys not playing in them."

If Bard is going to be an A-list starter this season, he won't only need to throw more pitches in each outing. He'll need to use more of his pitches to get batters out. As an eighth-inning setup man he was able to rely primarily on a fastball clocked in the high 90's (and low 100's.)

That won't be enough as a starter. He'll need to mix in more off-speed and breaking pitches, and he'll need to make adjustments as he faces batters for a second and third time. As good as he has been pitching vital late-game innings for the Sox he has rarely had to face hitters more than once in a game. That'll be the biggest adjustment of all as he makes the transformation.

Technically, Thursday's inning of work wasn't a start. Starting honors went to Alfredo Aceves. Aceves gave up a run on two hits in a 26-pitch first inning. Aceves also wants to move from the bullpen to the rotation, and it's conceivable that both pitchers will make the starting five when the team breaks camp in just over a month.

Bard's second-inning "relief" role was a step forward in his transformation. Next time he takes the mound he will get a full taste of starting, throwing his warm-up pitches before the game begins and timing his work for the first inning. That will be the next step.

A lot is riding on how Bard handles those steps. After Jon Lester, Josh Beckett and Clay Buchholz, the starting rotation is wide open.  At 26, Bard's got a lot of innings left in him. The only question is how many of those innings he'll be throwing in 2012. 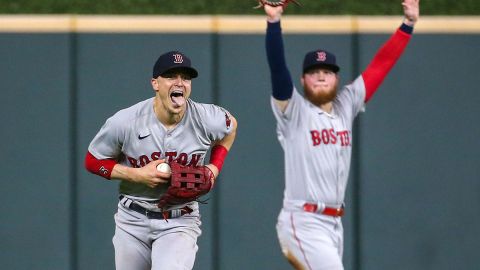