Tuesday night in Toronto, the Bruins defenseman showed why opponents would be wise to keep it that way.

Seidenberg engaged in a rare fight that night against the Leafs, but his lack of experience didn?t prevent Seidenberg from laying quite a beating on Toronto forward Colby Armstrong. It was a sight Seidenberg?s teammates were still marveling at two days later as they prepared to face the Sabres on Thursday.

"I?ve seen him fight a couple times, he kind of knows what he?s doing," Bruins resident enforcer Shawn Thornton said after Thursday?s morning skate. ?I don?t know if that?s from experience. I have no idea how he knows [how to fight], but he was pretty good. Obviously he won."

Seidenberg?s victory didn?t require any judges? cards. He dropped Armstrong with a series of hard rights that left the Toronto winger with a broken nose. Armstrong did not return to the game and also missed Toronto?s game in Pittsburgh on Wednesday.

Not a bad showing for just the fourth fighting major in 520 regular-season games in the NHL for Seidenberg, who also picked up a fighting major in Game 3 of the Stanley Cup Final last year for a wrestling match with Rayn Kesler.

The veteran defenseman may not be a frequent pugilist, but he is among the Bruins? strongest players, weighing in at a solid 6-foot-1, 210 pounds.

"I mean, look at the size of him," Thornton said. "It?s not hard to tell that at the very least he?d be able to defensively take care of himself, so I wasn?t too worried when he was getting [the gloves] off."

Seidenberg didn?t exactly take a defensive pose in this bout though. ?No, he was just angry and on the offensive," Thornton said with a laugh.

Seidenberg?s rare foray into fisticuffs came about in response to a hit from Armstrong that caught Seidenberg as he was falling along the boards. Seidenberg took exception, but also had to take a number as he wasn?t the only Bruin trying to get at Armstrong. The headliner in the bout was nearly Adam McQuaid, who came flying in with the gloves off to take on Armstrong, only to be beaten to the punch, literally, by Seidenberg.

"It was just kind of a reaction to the play," McQuaid said. "I wasn?t sure he was going to get up right away like he did. He obviously did a really good job and stuck up for himself. It was good to see him do that in that situation."

Armstrong may have thought he was getting off easy by taking on Seidenberg instead of McQuaid, who has earned a reputation as a fearsome fighter with 21 fights in his first three seasons in the NHL. But that plan worked about as well as Armstrong?s efforts to tie up Seidenberg?s right.

"Armstrong had the choice and I don?t think either pick was going to be a good pick for him," Bruins coach Claude Julien said after Wednesday?s practice. "Seids is not a real fighter, but it was a hit when he was falling down. I don?t think it was anything dirty, but as a player you get hit when you?re going down and you react. Mac [McQuaid] was being Mac and going in to protect his teammate, but Seids decided to take it upon himself and I thought did a decent job."

The Bruins have prided themselves in recent seasons on their willingness to stick up for one another, with Thornton (NHL-leading 18 fighting majors this season), McQuaid, Gregory Campbell, Milan Lucic or Zdeno Chara usually ones coming to the aid of their teammates. But not every Bruin needs defending, and Seidenberg certainly impressed his teammates with both his willingness to stand up for himself and his ability with the gloves off.

"He did well, he did really well," Thornton said. "I liked the fact that he stood up for himself. Obviously Quaider came flying in, maybe a little too quick because he missed the guy on the way through. The fact that Dennis took it into his own hands to stand up for himself is a positive thing."

"We all know he?s a big, strong guy," McQuaid said. ?Usually he?s playing such big minutes that we don?t necessarily want to see him in the box for five minutes, but it was nice to see him stick up for himself and he certainly handled himself well." 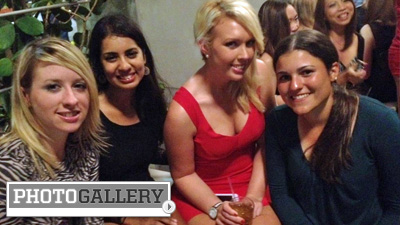