Kevin Garnett Proves Age Is Nothing But a Number in Celtics' Win Over Jazz - NESN.com Skip to content BOSTON — Kevin Garnett hears all the words that are used to describe him, and he knows what they mean.

"I hear you all calling me old," Garnett said. "I hear you calling me 'older.' Weathered. Whatever. It doesn't take a lot to motivate me, man. I'm motivated."

Since the day Garnett arrived in Boston in 2007, the fiery forward has been constantly reminded that the clock is ticking on his time as a relevant player. The Celtics were widely assumed to have a three-year window in which to win a championship with Garnett, Ray Allen and Paul Pierce. After claiming that title in their first year together, the trio is now in its fifth season together and holds a 13-5 record since Feb. 28. Plus, there is reason to believe Garnett will be back for at least a sixth season with the Celtics.

Garnett does not read or listen to most of what is written or said about him, but what he does catch, he remembers. He internalizes the opinions to unleash his response in a game like Wednesday's, when his 23 points and 10 rebounds barely described his impact on the Celtics' 94-82 win over the Utah Jazz.

Although the double-digit margin of victory suggested a blowout, it was a close game in the fourth quarter. The Celtics had led by as many as 18 points in the second half before Jazz guard Alec Burks converted a three-point play to tie the score at 66-66.

The Jazz felt they had life. The Celtics did not even bother to call a timeout to talk it over. Boston had Garnett, and that was enough to settle Brandon Bass.

Do it again, he did. On the very next possession after Burks' and-one, Garnett tossed the ball from the high post to Keyon Dooling for a go-ahead 3-pointer. Barely 30 seconds later, Garnett swished a fadeaway jump shot to increase Boston's lead to five points.

Utah was not discouraged, and minutes later pulled back within three points on a layup by Enes Kanter. But Garnett found Dooling for another open jumper, located Sasha Pavlovic for the back-breaking 3-pointer and nestled home a long jump shot to put the Celtics ahead by nine.

To prove he was really feeling frisky, Garnett mixed it up with Utah center Al Jefferson, delivering an elbow to Jefferson's chest that drew a shove from the Jazz big man. Both earned technical fouls and Garnett was able to get under the skin of another opponent.

It is the emotional aspect as much as the physical aspects that have made Garnett indispensable since early February, when he had cracked 20 points twice in his first 22 games and grabbed more than 10 rebounds only five times in his first 24 games.

"He's been playing like that a lot since the second half of the season, and we've been going to him a lot more," Paul Pierce said. "He's been more of a presence inside and he's been doing it on both ends of the court. He really is inspiring to his teammates when he's got it going like that on both ends of the court. We kind of feed off his energy."

Garnett hates to be labeled as a center, which is why legend has it he insisted early in his career that his height be listed as 6-foot-11 rather than 7 feet, lest some team should want to stick him at the five. It's an understandable concern, because centers tend to be stereotyped as slow, plodding behemoths and tend to take an inordinate amount of punishment over their careers.

The fact is that Garnett, one of the greatest power forwards in the history of the game, has been one of the best centers in the league since injuries forced the Celtics to put him at that position.

"If you had an All-Star vote at the center spot in the league right now, he'd be right up there, because that's what he's been since the [All-Star] break," Celtics coach Doc Rivers said. "He's a 5 and he's been terrific. But don't tell him that."

At 35 years old, Garnett is still proud. When he spins off his defender and rises to catch a lob from Rajon Rondo, he acts as though he still has the lift he had when he was catching the same pass from Stephon Marbury or Terrell Brandon in Minnesota. He is one of the top centers in the league, but he doesn't want to be called a center. He admits that even the slightest provocation can motivate him, but after facing Jefferson, a player he was traded for in 2007, he cracks, "I wasn't motivated."

When he is not surrounded by screaming fans or pushy reporters, though, Garnett's private assessments of himself are more critical than he will let on in public.

"I've been giving myself a true analysis when I look in the mirror," Garnett said. "I've been looking at myself, telling myself what I can do better. I know there's some things I can get better at and I've been trying to do that."

In his 17th season in the NBA, Garnett is honest with the one person who matters: Himself. 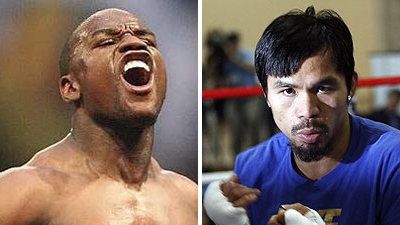