Mike Tyson Says He Would Throw Manny Pacquiao, Floyd Mayweather in Jail If He Was President and Two Didn't Fight - NESN.com Skip to content

We can probably all agree that Mike Tyson isn't going to become President of the United States any time soon. And, apparently, that's a good thing for Manny Pacquiao and Floyd Mayweather Jr.

"Listen if I was President I would throw [Pacquiao and Mayweather] in jail if they didn't fight. I'd have them arrested," Tyson said during a radio appearance on WXYT in Detroit. "You can't do that but that's what I would try to do. I'd be like, 'These guys need to get locked up and find a new profession until they get their heads clear.'"

A Pacquiao-Mayweather bout is one that even the most casual boxing fan longs to see. However, for a number of reasons, it just hasn't come to fruition. Maybe Tyson could change that with a successful presidential campaign.

Then again, Tyson also said he would impeach himself if he was president, so that would create its own set of obstacles.

Plus, throwing boxing's two most popular fighters in jail for not trading punches probably wouldn't go over too well at the end of the day. Such a threat would at least serve as some extra motivation, though.

David Price Injures Neck, Forced to Leave Start After Toweling Himself Too Hard Between Innings 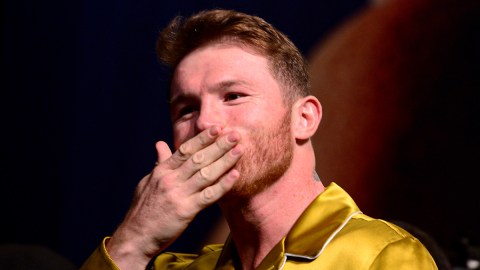 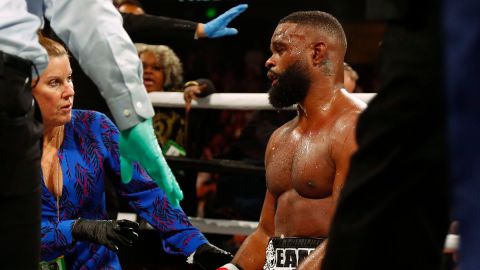