Paul Pierce has done it again.

The Celtics' captain has passed yet another Hall of Famer on the NBA's All-Time Scoring list. On Thursday night, Pierce passed Portland legend Clyde Drexler to reach the 26th spot on the list.

Pierce hit the 22,195 point mark midway through the fourth quarter of Thursday's 100-91 win over the Milwaukee Bucks.

Last season, Pierce was able to pass former Celtics's great Larry Bird and Gary Payton. Although the next two guys on the list might be harder to pass, seeing as how they are both still active scorers, one of which even shares the same locker room with "The Truth". Tim Duncan owns the 25th place on the list with 22,282 points while the Celtics sharpshooter Ray Allen holds No. 24. 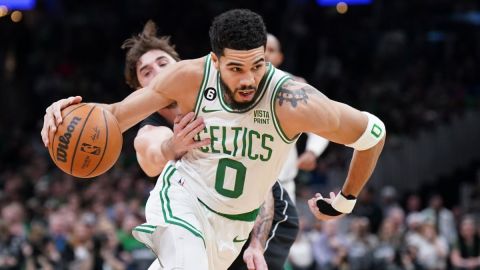