Avery Bradley Already Has Leg Up on Many Second-Year Players by Making His Teammates Better - NESN.com Skip to content The education of Avery Bradley has moved beyond the general studies portion and into the advanced theories section.

It began with suffocating defense, the same way a scrawny 14-year-old at the end of the junior varsity bench would try to earn more playing time. It became something more than a novelty act when Bradley started cutting to the rim and scoring in bunches. In the past two weeks, he has flashed a better-than-expected jump shot and generated debate over whether he should retain the starting off-guard spot once incumbent starter Ray Allen returns from a right ankle injury.

Bradley has now moved into a stage many players never achieve, but can mean a long professional career for those who do: He makes his teammates better.

Brandon Bass was in a jovial mood after the Celtics doused the Miami Heat by 19 points on Sunday. The Celtics power forward had scored 16 points, one of them a quick reverse dunk off a dish from point guard Rajon Rondo.

"I saw what Avery was doing, getting all these easy baskets, and said, 'Let me join in,'" Bass said, laughing.

Bradley's individual skills help the Celtics on their own, but now that the first team has grown accustomed to his game, the ancillary benefits of Bradley's abilities are coming into focus.

Almost 70 percent of Bradley's field goals this season have been assisted. That is an incredibly high mark for a guard who is not known as a shooter. Typically, if the majority of a guard's points are assisted, it is because he scores most of them off spot-up 3-pointers or by wheeling around screens for jump shots; the guards immediately above and below Bradley on the percentage-assisted list are J.J. Redick and Steve Blake, both of who are primarily jump shooters. That does not mean Bradley cannot create his own shot. It simply is indicative of his game thus far.

Not only has Bradley's work off the ball given him more chances to score, but it also has generated open shots for teammates when the defense rotates to help on Bradley or when his teammates make corresponding cuts.

That was why Bradley did not shy away from cutting aggressively Sunday against the Heat, who have two of the best shot-blockers of all time at their positions in LeBron James and Dwyane Wade.

"I always cut to score, but I don't always cut just for me," Bradley explained. "I cut for my teammates too. I don't really worry about [getting blocked]. I just try to go up strong and get the ball in the basket."

Bradley's greater impact on offense has not led to any drop-off in his effort on the defensive end. He remains one of the best defensive guards in the NBA, passing both the eye test and the statistical test. The Celtics allow 5 1/2 fewer points per 100 possessions when Bradley is on the court, the eighth-best rate among all guards. An observer did not need stats to tell Bradley was getting on Wade's nerves, though, with the Heat guard clearly jawing at the youngster in the second half of Sunday's game.

Bradley's defense does not merely help eliminate one big-time perimeter scorer from the equation, as it did against Wade. By limiting the opponent's dribble penetration, Bradley and Rondo have cut down on the instances in which the Celtics' interior defenders are put in a compromised position with no choice but to foul (although Greg Stiemsma continues to pick up fouls at an alarming rate).

It is a domino effect that Bradley cited as the core reason for why he prepares so diligently for each night's matchup.

"I watch film. I read the scouting report," Bradley said. "I do all the little things, whatever I can do so I can go into the game knowing I'm on top of my stuff, because I don't want to make mistakes and get my teammates in foul trouble.

What is hard for opponents has made life easier for his teammates. The education of Avery Bradley continues. At this rate, he will have his hoops doctorate by mid-May. 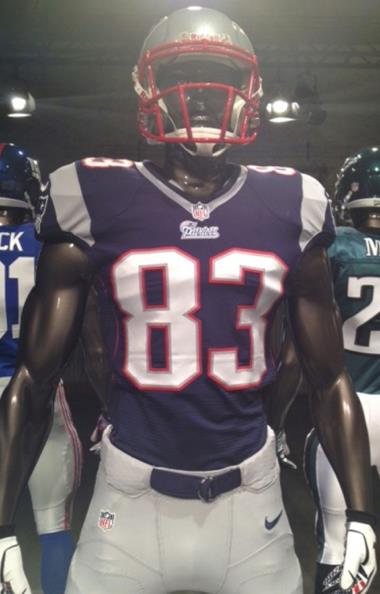