Rutgers wide reciever Mohamed Sanu was, in fact, selected by the Cincinnati Bengals in the 2012 NFL Draft–just not in the round he originally thought he was.

Sanu got a phone call from a random number with a New Jersey area code Thursday night from a man saying he was with the Bengals organization. He then went on to tell Sanu that the team had taken him with the 27th overall pick in the first round. Much to the dismay of Sanu and his family, what seemed to be a joyous moment actually turned out to be a prank call.

"Everybody's going nuts in his home. He's like, 'I can't hear you, Mike, I'll call you soon.'" "His brother calls me and he's euphoric and going nuts. We're all kind of high-fiving over the phone. And I said, 'They're about to show it on ESPN. I'll call you later.' "And then they show (Kevin) Zeitler," Sanu's agent Mike McCartney told The Star-Ledger.

However, the joke was on the prankster, as the Bengals ended up drafting Sanu in the third round Friday night. 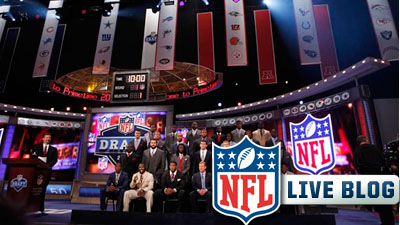