Nick Punto Rocks Out to Zac Brown Band, Details the Origin of the Punto Slush and 'The Shredder' - NESN.com Skip to content BOSTON ?? Nick Punto is still settling into his new surroundings in Boston. Six months after winning the World Series with the Cardinals, the utility man has restarted his quest for another championship.

On the field, Punto is easygoing. Behind closed doors, the 34-year-old can be a prankster and apparently could have a future in bartending, considering his esteemed Punto Slush earned acclaim in Minnesota.

Earlier this season, he touched on his close friendship with Cody Ross. This time around, Punto took a lighthearted approach and spoke with NESN.com about the origin of the Punto Slush, his favorite music and movie and his alter ago, The Shredder.

NESN.com: What's in your iPod these days?

NP: Everything ?? a little bit of country. I'm a big a Zac Brown Band guy, that's my go-to.

NESN.com: What's your favorite movie and the last movie you saw?

NP: A Few Good Men is my all-time favorite. The last movie I saw, well, I just watched that one filmed at Fenway Park ?? The Town. It was a great movie.

NESN.com: How's it been for you playing in the confines of Fenway Park?

NP: Awesome. Coming here as a visitor, I always loved the atmosphere, the intensity of the crowd, the hostile environment that it created on the opposing team. Now, it's really nice to be on this side of it. You got to feel it [Tuesday night] in the ninth inning, when we had that comeback going. Every single fan was so into it. It really helps us, it's like a 10th man.

NESN.com: How and when did you create your alter ego, The Shredder?

NP: The Shredder was created in 2006 by my wife, actually. We were celebrating after we won the division [with the Twins] and we were doing karaoke with the whole team and celebrating with the fans and my wife accidentally ripped my dress shirt. Somehow, it ripped and snapped — it created The Shredder.

NESN.com: Are you shocked on how it's taken a life of its own over the years?

NP: Ha. The Shredder only comes out when good things happen and people start walking off.

NESN.com: You're also known for the Punto Slush, so what's the story behind that?

NP: That's old and with me and [Justin] Morneau. He was a very superstitious player and I made him one of these ?? they had these slush machines over there ?? and it was basically one of those 7-11 slurpee machines and I put Mountain Dew with the cherry slushie and he hit two home runs and had four hits one night. Then he kept it going and got on a tear and I basically had to make that for him everyday for an entire season. It actually lasted a couple seasons.

Ray Allen ‘Optimistic’ About Ankle, Still No Change in Status Against Hawks 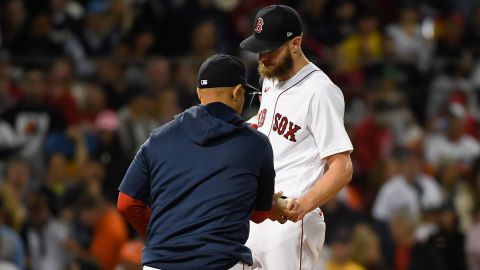 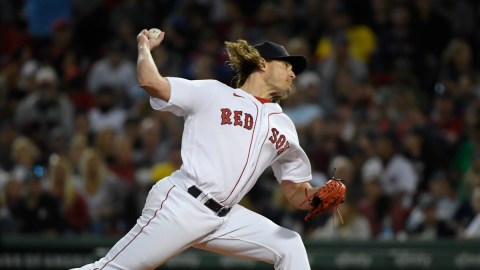