Who Is the Most Indispensable Member of the Boston Celtics? - NESN.com Skip to content The Boston Celtics are in the midst of another playoff run, as the C’s try to win their 18th banner in the esteemed history of the franchise.

The Celtics are trying to win their second title with the same core group of players that won them No. 17. Kevin Garnett, Paul Pierce, Ray Allen and Rajon Rondo lead a Celtics team that defeated the Los Angeles Lakers in six games in 2008. Four seasons later, the Big Four are still looking for another championship before likely going their separate ways.

But of the four major Celtics, who is the most indispensable to the team?

Currently, the Celtics are without Allen, who has not played since April 10 due to ankle injuries. The Celtics could definitely use Allen’s three-point expertise, as the C’s have only shot 3-for-25 from downtown in the first two games of their opening-round series. Allen has wowed Celtics fans for years with numerous big time shots and has always been a big time performer.

The Celtics played without Rondo during their Game 2 victory over the Hawks on Tuesday. Despite their win against Atlanta, Rondo is still a vital cog in the Celtics’ machine. The All-Star point guard is the Celtics’ biggest playmaker, and always elevates his game when the big lights come on (Seriously, he gets a triple-double almost every time the C’s are on national television). Rondo’s injury last year severely hurt the Celtics in their series against the Miami Heat, and Boston will need him going forward.

Of course, no Celtics injury was as devastating as Garnett’s during the 2009 season. The Celtics were cruising until the Big Ticket went down with a right knee sprain that crippled the C’s chances of repeating. Garnett is an invaluable defender and the team’s leading rebounder. He has also seen a resurgence since becoming the team’s starting center, as the Celtics got red hot after the All-Star break. And if you’ve ever seen him in action, you know how intense Garnett is once he steps onto the court.

The face of the Celtics for the past 14 years has been that of Paul Pierce. Tuesday night’s victory against the Hawks was another example of how dominant the Truth can be, even at the age of 34.

Pierce made up for the absence of Rondo and Allen by dropping 36 points and taking over the game in the second half when it seemed that the Hawks were about to take over the game and the series. No. 34 was the Celtics’ leading scoring this season, and like Allen, also has a penchant to hit clutch shots when the game is on the line.

Who is the most indispensable member of the Boston Celtics? 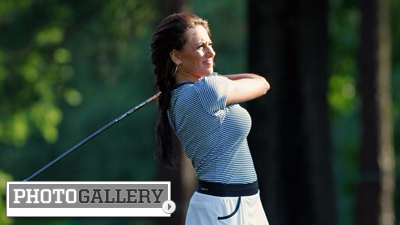