The Bruins used their last first-round pick on defenseman Dougie Hamilton, and just one year later the ninth overall selection of the 2011 draft is expected to compete for a spot with the big club in Boston.

That doesn't mean the Bruins are done building the foundation of their future blue line. While Hamilton has emerged as one of the top defensive prospects in the league and is likely to make the leap to the NHL this coming season, the Bruins are still looking to build up their organizational depth on defense after selecting forwards with their first-round picks in each of the previous five years.

In a conference call on Monday to discuss the upcoming draft, Bruins general manager Peter Chiarelli reiterated his long-standing philosophy to draft the best player available without regard to position. But the depth on defense in this year's draft class may enable the Bruins to both address a need and nab the best player available when they make the 24th selection in the opening round Friday in Pittsburgh.

"I think there's a lot of defensemen, a lot of good defensemen in this draft," Chiarelli said. "If we don't get a defenseman we'll be fine because there's always good players, but we're hoping that some will slip. I've never seen the number of NHL defenseman this large."

Russian right wing Nail Yakupov is expected to continue the streak of forwards going first overall that dates back to 2007, but after Yakupov the blueliners should reign. The likes of Ryan Murray, Matt Dumba, Morgan Reilly, Griffin Reinhart and Jacob Trouba will be among the next handful of names called, but quality defensemen should be available throughout the first round with Cody Ceci, Derrick Pouliot, Hampus Lindholm, Matt Finn and Olli Maatta among the other promising blueliners available.

After the 24th pick, the Bruins don't select again until the third round (85th overall), then have one pick each in the fifth (145), sixth (175) and seventh (205) to further augment the Bruins' future on the blue line and elsewhere. They gave up their second rounder to Toronto in the Tomas Kaberle deal and their fourth rounder to Carolina for Joe Corvo, neither of whom did much to improve the Bruins defense in the past or present.

Chiarelli could try to get more picks in trades, but he has already found other ways to supplement the Bruins' prospect pool by signing defenseman Torey Krug as a free agent out of Michigan State and goalie Niklas Svedberg out of Sweden.

"I think as a manager you try and have your seven picks one way or another," Chiarelli said. "So, in my mind, that would give us seven with those two [Krug and Svedberg]. But having said that, if I can acquire another pick it would be nice, but right now I think we've shown some success in trading some picks. If you want to win so sometimes you have to sacrifice picks."

Even with Svedberg, goaltending is an area the Bruins may still want to address in the draft. They've used sixth-round picks on Zane Gothberg and Lars Volden the last two years, but may look to add another netminder to the system in this draft.

"This year like we seemed to talk more about goalies and that kind of quieted down a little bit after we signed Svedberg, but he's 23," Chiarelli said. "We've got some good young ones in the pipeline, but that's an area that I'd maybe like to get a little deeper."

Chiarelli also stressed the need to add size in all positions to his scouts, so look for the Bruins to try to get bigger in this year's draft as well. 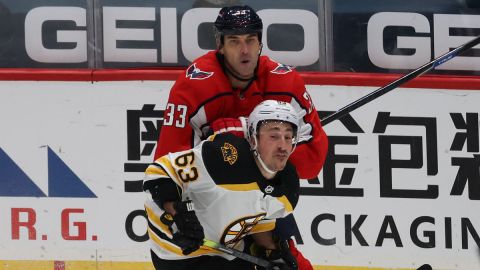 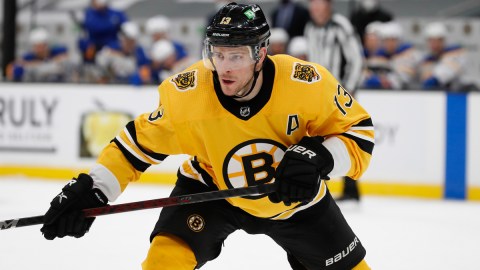 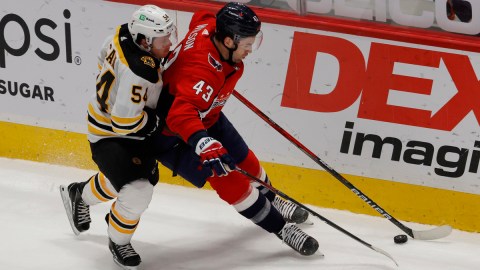