Detroit May Dictate NHL Free Agent Market, As Red Wings Have Major Needs and Cap Space to Fill Them - NESN.com Skip to content The NHL's annual free agent frenzy is less than three weeks away, but teams are already positioning themselves to reshape their rosters once the market opens on July 1.

And it appears that the Red Wings may be in the pole position this year. That's fitting for a team from the Motor City, but a departure from how Detroit has operated in recent years.

While the Red Wings have made the occasional splashes in free agency, they've barely dipped their toes in the unrestricted pool the last three years. That's easy to do when you've drafted the likes of Pavel Datsyuk, Henrik Zetterberg, Johan Franzen et al. In all, 16 of the 21 players who dressed in the playoffs this spring for the Red Wings were drafted by Detroit.

But that draft pipeline has dried up a bit of late, and the Red Wings are in need of a faster infusion of talent to fill some key holes, particularly on defense with the retirement of Nicklas Lidstrom and the departure of Brad Stuart.

Stuart was a pending free agent whose rights were traded to San Jose on Sunday. He never lived up to the offensive expectations once placed on him, with his 21 points this past year the most he scored in four full seasons with Detroit after arriving from Los Angeles in a deadline deal in 2008. But Stuart was still a top-four defenseman, providing a bit of a physical presence and ranking annually among the team's leaders in ice time with 20-plus minutes each season, including 21:03 last year.

That's a big void to fill, and it pales in comparison to trying to replace the seven-time Norris Trophy winner and future Hall of Famer Lidstrom, who despite turning 42 in April was still leading the team in ice time last year at 23:46 and leading the club in just about every way imaginable on the ice and off as captain.

No one will fill those mammoth skates, but the Red Wings will have to try to find someone capable of replacing those key minutes on the blue line. That's where an uncharacteristic foray into free agency could come into play.

The Red Wings have 18 players under contract for next year and just $44 million committed toward the salary cap. That cap is estimated to rise to $70 million for the coming season, and even if it shrinks when a new CBA is agreed upon, Detroit will still have plenty of room to make some major additions.

There's no bigger prize available than defenseman Ryan Suter. He headlines a questionable free agent class of defensemen with the next best options including the likes of Dennis Wideman, Matt Carle, Carlo Colaiacovo and Brett Clark.

That shallow pool puts an even greater premium on landing Suter. He'll have plenty of suitors if the Predators can't convince him to re-sign in Nashville before July 1, but if he reaches the market Detroit is sure to try to pounce. The Wings can offer him the long-term, high-money deal he seeks, a chance to chase the Cup and possibly even an opportunity to play with Team USA buddy and fellow free agent Zach Parise, the top forward potentially on the market.

Detroit's needs up front are less dire. The Wings have their forward corps largely set with 11 skaters returning from last year, plus restricted free agents Justin Abdelkader and Darren Helm expected to ink new deals without too much difficulty. That doesn't leave a lot of space, but a team will always make room for a talent like Parise, and the Wings could use some fresh legs.

Datsyuk, Zetterberg, Franzen and Todd Bertuzzi are all north of 30, while Parise is in the prime of his career at 27. One of Detroit's only productive forwards under 30 is Jiri Hudler, who may look to cash in elsewhere as an unrestricted free agent himself after a 25-25-50 campaign.

The Red Wings have made some big signings before, adding Brian Ralalski to the defense in 2007 and Marian Hossa on a one-year deal in his quest for the Cup in 2008. Hossa didn't actually get his name engraved until winning with Chicago in 2010, and Detroit has been quiet the last three summers with last year's signing of Ian White to a two-year, $5.75 million deal to try to replace the retired Rafalski their biggest move in that span.

That should all change this summer, with Detroit finally facing some major holes to fill in its lineup and possessing the cap space to address those needs. What Detroit does in July could dictate the market for the rest of the league in a lean year for free agents beyond the big-ticket prizes of Parise and Suter. 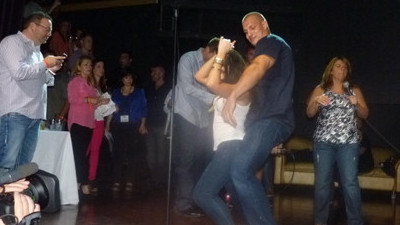 Kevin Garnett Recently Talked of Retiring, According to His Trusted Friend Sam Cassell