If you’re a Twitter user, chances are you’ve seen Jerry Sandusky‘s name trending over the course of the last week. In fact, you may have even seen the hashtag #Sandusky utilized.

Obviously, the Sandusky Twitter chatter and the #Sandusky hashtag stem from the ongoing child sex abuse trial involving the former Penn State assistant. But that isn’t stopping those in Sandusky, Ohio from proudly using the hashtag.

As NBC Sports’ Off the Bench blog points out, Lake Erie Shores & Islands — a year-round vacation destination located in Sandusky, Ohio that describes itself as delivering “adrenaline-pumping adventure, relaxation & everything in between” — used the hashtag in one of its promotional tweets, which drew the attention of at least a few astute followers. Confusion ensued.

Below is the rather awkward series of tweets.

While marketing is all about reaching out to your consumers, this particular Ohio vacation spot probably could have been a bit more careful in its social media use. Hats off to the resort for at least clarifying the issue to its followers, though, because anything less would have been alarming.

In fact, the place actually looks pretty nice. Here’s to hoping the name Sandusky doesn’t turn people away from enjoying the excitement that is Sandusky, Ohio.

A big hat tip to NBC Sports’ Off the Bench blog. As I started to go over it in my mind I quickly realized, my perception changed thinking about it as an adult as opposed to an 11-year-old. That was inappropriate, what happened to me.
–One of Jerry Sandusky’s accusers, detailing the horrors of Sandusky’s alleged abuse

It might be time for Sandler to hang it up.

The Brady-Lloyd connection should be a fun one to watch. 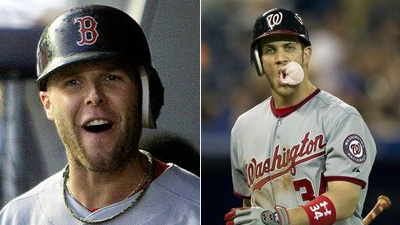