A Super Bowl ring is the only omission on LaDainian Tomlinson's resume. He won't lose sleep over it, though, which makes sense given the running back's propensity for playoff failures.

Tomlinson, who recently retired, will most certainly get a Hall of Fame nod before long. He was selected to five Pro Bowls, won an MVP Award in 2006 and was regarded as arguably the best running back in football for nearly a decade. To say he lived up to the billing of a No. 5 overall pick would be an understatement — at least from a personal achievement standpoint.

Tomlinson said recently that he doesn't view his career as incomplete due to his failure to win a Super Bowl. In fact, when asked whether he'd prefer to be a Hall of Famer without a ring or a Super Bowl champion without being a Hall of Famer, the running back had an interesting response.

"Hall of Fame player without a ring, because you've got to sacrifice so much individually just to be good," Tomlinson said on NBC SportsTalk. "They draft you individually and you've got to back them up and make them right. I think at the end of the day, even though I didn't win a Super Bowl ring, I felt like I backed them up for drafting me. I backed up the San Diego Chargers for picking me with the fifth pick."

Success can take on many meanings, and each player is entitled to his own definition of the word. Tomlinson's career numbers are eye-popping and would be considered successful in almost any NFL circle. However, for Tomlinson to somehow consider his career "complete" is what will rub some NFL fans the wrong way, especially those fans in San Diego who became accustomed to witnessing the Chargers' playoff failures during the 2000s.

The Bolts won five division titles during Tomlinson's nine years in San Diego, only to then falter on the big stage time and time again. The common denominator in most of the Chargers' playoff losses was the absence of Tomlinson — either literally or figuratively.

We'll never truly know how hurt Tomlinson was during the 2007 AFC Championship Game, when he exited after just two carries against the Patriots in what was eventually another San Diego loss. But what we do know is that the lasting image of that game is of the All-Pro running back sitting on the bench with his helmet still over his head.

It's images like that that define Tomlinson's career — fairly or unfairly, depending on who you ask. The mere fact that such is debatable, though, makes Tomlinson's insistence that his career was "complete" very much a slap in the face.

‘Excessive Grunting’ to Be Removed From Tennis Through New Rules, Handheld Devices 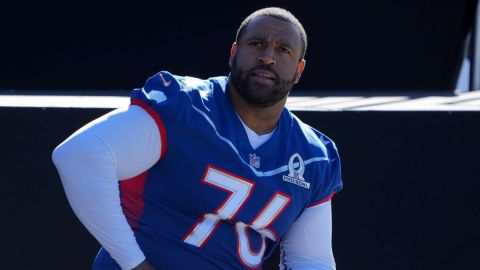 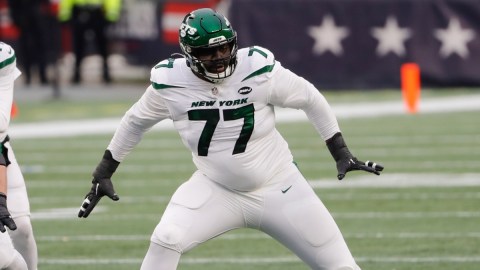 How Devastating Injury To Jets’ Mekhi Becton Might Impact Patriots