You know how they say some players are all about the rings? Yeah, well, Robert Parish isn’t one of those players, apparently.

The legendary Celtics big man put the first of his his four NBA championship rings up for auction through Grey Flannel Auctions, bringing in $45,000 for the piece of Celtics history, according to Yahoo! Sports. If that’s not proof that professional athletes put money first, then what is?

While Parish’s pockets got a little heavier this week with the successful sale, his ring was not worth nearly as much as Lawrence Taylor‘s Super Bowl ring, which sold a few weeks ago for more than $200,000.

Fans certainly don’t like to see their favorite athletes dismissing the sentimental significance of a championship ring, but this is just another example of where interests lie in professional sports. It’s tough to fault Parish for lining his pockets with $45,000. 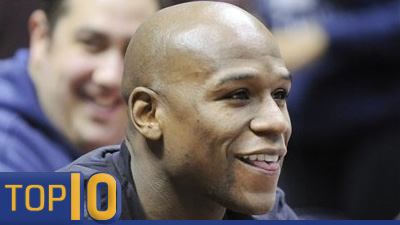