Bobby Valentine is now nearly halfway through his first season in Boston, and the results have been mixed.

The Red Sox are still hanging around the .500 mark on the season, even amidst a bevy of injuries, and are hoping to improve on their inconsistent play as the likes of Carl Crawford, Jacoby Ellsbury and others return.

David Ortiz has been the most consistent and dangerous Red Sox bat in 2012, hitting .313 with 18 home runs and 49 RBIs heading into the weekend series with Atlanta. Ortiz’ on-field play has been important, but what’s been of even more significance is the DH’s leadership in the clubhouse.

The pitching staff continues to be an enigma, as Clay Buchholz has proven inconsistent each time he takes the mound and Daisuke Matsuzaka continues his trend of slow starts in each of his first three outings.

With all this and much more, NESN’s Tom Caron will have plenty to discuss with the Red Sox manager during this month’s edition of The Bobby Valentine Show. But he’ll still need your help to cover all the concerns of Red Sox Nation.

If you’ve got a question for Bobby Valentine send it in via @NESN on Twitter and use #AskBobbyV.

Fans can also leave questions in the comments section below, on Facebook or by sending questions to his mailbag. 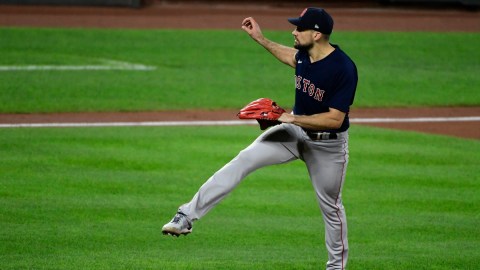