July 31, 2012 –? NESN, New England's most watched sports network, and CBS 3 Springfield (WSHM), a Meredith Corporation TV station, announced today that they have entered into a content sharing partnership associated with NESN's Red Sox and Bruins coverage. The partnership, which is similar to NESN's content sharing arrangements with stations in other New England markets, including WBZ-TV in Boston, will begin today.

The CBS 3 weather team will also deliver weather updates for NESN's Red Sox pre- and postgame shows, which will be broadcast to fans in western Massachusetts and northern Connecticut before and after every Red Sox game on NESN.

"CBS 3 continues to bring a fresh and dedicated approach to serving the people in the Pioneer Valley, western Massachusetts, and northern Connecticut with local news, sports and weather since 2003," said Sean McGrail, NESN's president and CEO. "Partnering with CBS 3 Springfield helps NESN directly connect to fans in western Massachusetts to provide regular updates to an important part of Red Sox Nation."

"The television viewers in Western Mass are in for a real treat," said John Hesslein, WSHM's station Manager. "This Springfield-exclusive relationship between NESN and CBS 3 Springfield will bring fans even closer to their hometown professional sports teams. We are looking forward to providing our viewers with some very special coverage they won't see anywhere else."

"CBS 3 Springfield is always looking for new and innovative ways to bring our viewers special local coverage of things they care about," said Dave Ward, CBS 3 Springfield's news director. "This unique affiliation with NESN will provide tremendous opportunities throughout the year with special interviews and sports coverage that can't be found anywhere in Western Mass."

About NESN
NESN has consistently been one of the top rated regional sports networks in the country with award-winning Red Sox and Bruins coverage. The network is delivered to over 4 million homes throughout the six-state New England region and an additional 4.4 million homes nationally as NESN National. NESN.com, the network's online sports news service, is one of the most visited regional sports network websites in the country. NESN also produces a number of distinctive programs under its umbrella Original NESN Entertainment (ONE). NESN is owned by Fenway Sports Group (owners of the Boston Red Sox) and the Boston Bruins. 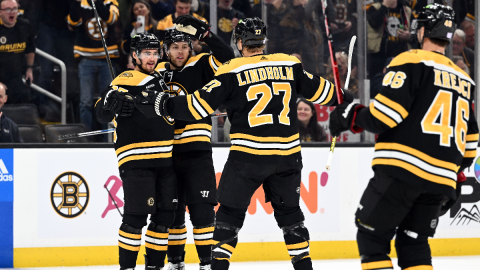