Andrew Bynum Capable of Great Things for Sixers, But Acquisition Holds as Many Risks as Rewards - NESN.com Skip to content We all knew the one kid in the neighborhood who would always go for the sucker's trade. Anybody with a Beckett magazine knew that the 1994 gold leaf Penny Hardaway insert was worth more than the Michael Jordan card that came in a box of ProStars cereal, but usually little Johnny down the block was not so savvy. Usually you could offer Johnny the Jordan for not only the Penny, but a 1988 Hersey Hawkins rookie with a Kelly Tripucka card thrown in. After all, it was Michael Jordan! All that high-fructose corn syrup smudging the front of the card only added character.

In other words, most of us knew there were other considerations over merely the quality of the player depicted on the card. There was rarity, condition, whether the value was trending upward or downward and whether the player was one we loved or despised. (For instance, I would not have given a dog-eared Jerrod Mustaf for an embossed Isiah Thomas super-rare Fleer Ultra, so deep was my hatred for Zeke.)

When Andrew Bynum landed in Philadelphia as a result of the Dwight Howard trade last week, it was difficult not to think back to those days on your buddy's stoop, trying to get Johnny to hand over his Shaquille O'Neal rookie for your Chris Mullin smeared with gum. Judging strictly by the face on the front of the card, gaining Bynum for Andre Iguodala was a super trade for the Sixers. There are loads of other considerations, though, that make the trade a risky one.

Let's put this into context everyone can understand. Suppose the real Bynum was a trading card Bynum. Here is a breakdown:

Rarity (Common, Rare, Very Rare, Super Rare): Very Rare. There are not many good true big men in the NBA today, and Bynum is one of the few. He is not quite at the level of Dwight Howard, the only center in the game right now who qualifies for "Super Rare" status, but Bynum is a regular 20-10 threat (even if he has never reached that statistical milestone in his career averages). Most teams are obligated to man the post with combinations like Kwame Brown and Spencer Hawes, which is exactly what the Sixers planned to do before they acquired Bynum. Iguodala, meanwhile, is valuable but is far easier to replace. Defense-oriented, pass-first wing players are much more common than 7-footers who can play with their backs to the basket.

Condition (Poor, Mediocre, Good, Very Good, Mint): Mediocre. One rule of thumb all teams should follow is to never place too much hope on a 7-footer with a history of knee and foot injuries. Last season, when Bynum played 60 out of a possible 66 games, was only the third time in his seven-year career in which Bynum has appeared in at least 60 games. The other four seasons he appeared in an average of 46 games per year. His injuries have not been minor, either. Among his list of maladies are multiples injuries in his knees and a strained Achilles tendon.

Trending up/down: Up, tentatively. Adding a young franchise centerpiece preparing to enter the prime of his career should be a no-brainer, but it could turn out to be problem for the Sixers. Bynum is trending upward — for now. But a lot like that Jason Williams rookie card you held onto in 1999, foolishly expecting it to be worth hundreds of dollars one day upon White Chocolate's induction into the Hall of Fame, Bynum's value could prove shortlived. He had by far his best season statistically in 2011-12 and would be appropriately paid at $16 million this season, provided he stays healthy and provides similar production. Next summer, however, he is due for a new contract and a hefty pay raise, which he may or may not get from the Sixers. The next thing the Sixers know, they could be dishing out a third of their payroll to an injury-ridden big man with a less-than-pristine reputation attitude-wise. Speaking of which . . .

Should the Sixers love or despise Bynum? Cautiously "like." First-hand impressions should outweigh rumors or second-hand gossip, so the Sixers should welcome Bynum into the fold with open minds, as they have. Whether he petulantly took 3-pointers when he should not have or moped outside of team huddles during timeouts in Los Angeles is unimportant now. Bynum has an opportunity to show his new teammates, coaches and fans that none of those stories reflected the "real" Bynum. Unlike with the Lakers, Bynum will set the tone for the Sixers franchise, for better or for worse. If he pouts in Philadelphia, Bynum will not just draw a few headlines in sidebars to USC football stories or some stern words from Kobe Bryant, as he did in L.A. — he could legitimately derail the Sixers' season. When his team needs two points in the fourth quarter, though, Bynum knows the ball should be coming his way, which was never going to be the case with the Lakers.

Unfortunately for the Sixers, Rod Thorn did not have the personnel version of Beckett to give him an objective estimate of Bynum's value. Thorn and Sixers went off their own analysis and scouting and gut feeling, and determined that this version of Bynum was worth the deal. The trade has the potential for great reward for the Sixers, but the risk is just as substantial. As we all know, after a trade is finalized, there are no takesies-backsies. 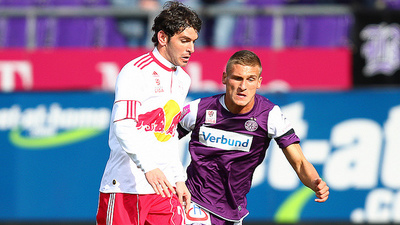