Cristiano Ronaldo can rub people the wrong way with his prima-donna attitude and occasional on-field histrionics, but the Real Madrid superstar showed off a softer side with his visit to cancer-stricken Salvador Arana.

Arana, a massive Madrid fan, received his dream gift when the Make-A-Wish Foundation arranged for him to meet his idol, Ronaldo. Already in the United States for Madrid’s pre-season tour, CR7 took the time to meet Arana in Las Vegas, Nev. to sign a few autographs and offer words of encouragement.

“It has been a great experience and an enormous joy sharing a few minutes with Cristiano Ronaldo,” Arana said.

“He’s my idol and I wanted to meet him because he’s an international star. He’s the best player in the world and being with him has been a dream come true, a real honor and the best experience of my life.”

Ronaldo and Madrid gave their Las Vegas-based fans something to smile about with a 2-1 win over Santos Laguna as the Spanish side continues its pre-season preparations.

Watch Ronaldo visit Arana in the video below. 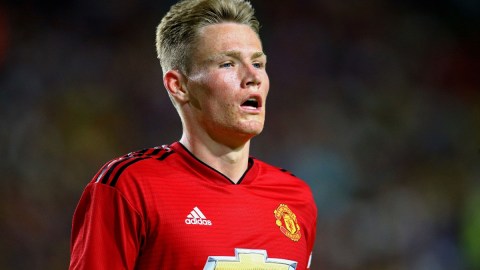