Jordan Henderson insists Liverpool will take nothing for granted as it looks to get the Brendan Rodgers era off to a winning start in Thursday’s UEFA Europa League third round qualifier with FC Gomel.

The Reds will take on the Belarusian side at the Central Stadion in the manager’s first competitive game in charge Thursday night.

Liverpool is the clear favorite to progress into the Europa League group stages, but Henderson insists the Reds won’t be found guilty of having took their opponents too lightly come full-time.

“Nobody will underestimate them,” the LFC midfielder said. “Everybody knows how difficult the game will be, so we’ve got to approach in the right manner and do what we’ve got to do.

“We’ve heard about Gomel and we know they’ve played four games in this competition and only conceded one goal, so it looks as though they’ve got a decent defence and one we’ll be looking to break down.

“It will be a tough game, but we’ve got to do what we do best, stay focused, make sure we approach the game right, work hard and hopefully we can get a good result here.”

The clash with Gomel, who currently sits third in the Belarusian top flight, represents the start of the 2012-13 campaign for Liverpool.

The Reds only returned from a two-week tour of North America on Sunday, but Henderson is confident they’re ready for the challenge of a competitive clash.

“I think everyone is looking forward to the first game. It was a good flight out, now we’re ready to train in the stadium.

“I don’t think the game is too soon. We’ve all worked on our fitness and I think we’ll do that in the game.

“We’ve all done that over the last week or two in training, so we’ll be ready for tomorrow, and fresh and ready to play.

“Since we came back, training has been very good. We’ve played a couple of games and played some good football.

“We’ve really enjoyed the training, so now we’ve just got to put that into games and hopefully we can put in a few good performances.”

A number of local journalists crammed into the press room at the Central Stadion to put their questions to Henderson — and one reporter was keen to know what the midfielder felt was a realistic goal for Liverpool this season.

“We’ve got to take each game as it comes,” Henderson replied. “I don’t think we’ve got an overall target at the moment.

“We’ve got a new manager, so we’ve just got to focus on each game and win as many of them as we can. Where Liverpool finish at the end of the season will reflect how we’ll we’ve done.” 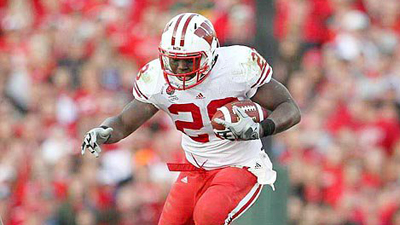 Red Sox, BHCHP Teaming Up With ‘Sox for Socks’ Program to Provide Care for Those in Need (Video)