Julius Erving needed a new digit or two when he joined the Philadelphia 76ers in October 1976. Erving’s customary No. 32, which he had worn for five years as a star in the ABA for the Virginia Squires and the New York Nets, was due to be retired by the Sixers in honor of Billy Cunningham.

Since the Kangaroo Kid’s number was out of commission, Erving picked No. 6. That numeral would come to be part of iconic moments like Erving’s “rock the baby” dunk over Michael Cooper and his gravity-defying reverse layup against Mark Landsberger and Kareem Abdul-Jabbar, but it might never have graced those highlights if it had not already been worn by Erving’s hero, who also happened to be a legendary player for one of Philadelphia’s rivals.

“Being recruited here by the 76ers in a trade, they put a uniform on me, changed my number from 32 six,” Erving said at a Converse event at the Ubiq store in Philadelphia, according to Slam.Â “So one of my heroes was a guy named Bill Russell, he wore No. 6.”

For such a low, round number, six has gotten surprisingly little love from NBA players compared to a seemingly random number like 33 or 22 (each of which have been retired by eight teams). Those who have worn the number have made it count, though, as Russell, Erving and now LeBron James are among the greats who have donned No. 6.

As for why James chose the single digit, don’t ask Erving.

“We’re still trying to figure out why he’s wearing No. 6,” Erving said. 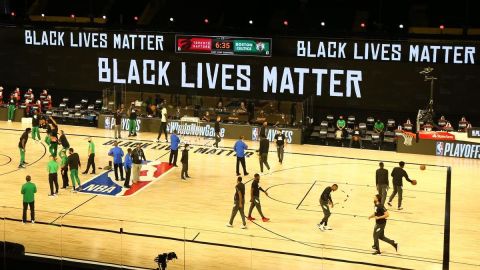 Kobe Bryant’s Nike Deal Expired; What This Means For His Estate