Mike Trout Is Having the Greatest Rookie Season of All Time, Could Become Youngest MVP in History - NESN.com Skip to content By now, the most salient comparison that can be made between Mike Trout and Bryce Harper is that both are rookies.

When they were both called up on the same day in late April, baseball people around the country hailed them as the next great pair of outfielders, destined to be forever linked by their shared future greatness.

Well, Harper still has an incredibly bright future ahead of him despite hitting a wall since the All-Star break — double-digit home runs and steals by a teenager is nothing to scoff at.

Trout, meanwhile, doesn't have to wait for his future to be a superstar. That status is already in his present, and it is a downright historic one at that.

Only 21 — and recently at that — Trout is leading the majors in runs and stolen bases, and the American League in batting average and adjusted OPS. Not only that, but he's making absolutely ridiculous catches in center field on the regular that would make Ken Griffey Jr. proud. He's been clocked from home to first as fast as a smidge over 3.5 seconds, which is impressive enough until you consider that he starts on the third base side of the plate. Then it becomes mind-boggling.

About the only thing Trout is missing from his game is a nickname, but that will surely come in time.

He is an absolute stone-cold lock to be Rookie of the Year, and will almost certainly become the 18th to be voted so unanimously. He is a strong contender to be the MVP as well — not only has he burned up the stat sheet, but the Angels are playing .574 ball since he was called up, as opposed to the 6-14 record they were sporting prior to that decision. If he were voted the MVP, he would become the youngest winner of the award in history, supplanting Vida Blue by nearly a year.

Perhaps most impressively, he has managed to almost completely overshadow the greatest hitter of this generation. Albert Pujols has somehow become the forgotten $240 million man in the shadow of Trout's brilliance, and it may not be a complete coincidence that his season — once thought to be doomed to the scrap heap of mediocrity — has been resurrected since Trout joined the squad. It may seem like a ludicrous statement, but it's not out of the question to theorize that the rookie took the pressure off of The Machine.

With his place in this season safely secure, it becomes tempting to cast a wider net and consider Trout's season in the context of some of the greatest rookie seasons in history. Pujols and Ichiro Suzuki's 2001 campaigns come to mind, as do less recent seasons like Fred Lynn in 1975 and Ted Williams in 1939.

All those season are remarkable in their own ways. Pujols owned a 1.013 OPS and likely would have won the MVP were it not for three players hitting over 55 home runs that year. Ichiro slapped an incredible 242 hits and also made this play, which was memorably described as a throw that "needs to be framed and hung on the wall at the Louvre next to the Mona Lisa." Lynn was the first player to win both the Rookie of the Year and the MVP in the same year, a feat that was later matched by Ichiro. Williams, like Pujols, somehow only finished fourth in the MVP voting — but topped even El Hombre with a monstrous 1.045 OPS to go with 145 RBIs and 131 runs scored.

With all due respect to those seasons and others like them, however, what Trout is doing this year is simply unprecedented.

So to recap, Mike Trout — at the precocious age of barely 21 — is on pace to have a rookie season that has never been matched before by any player, regardless of age or service time. Not to mention, he will have accumulated those stats after having been in the minors for the first month of the season.

Between the outrageous skills, apparently taking the pressure off the greatest hitter of at least the last decade, reversing the fortunes of his team, the unprecedented stats and the fact that he is doing all this at an age when he can only within the past few weeks legally order a drink, maybe we're asking the wrong question. Maybe we need to ask if Mike Trout is having one of the greatest seasons of all time, period. 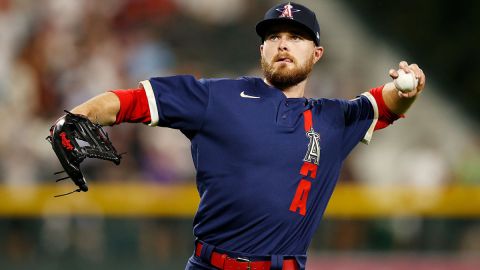 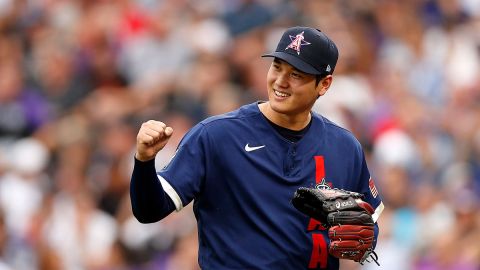 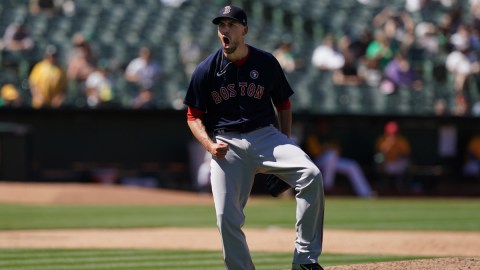 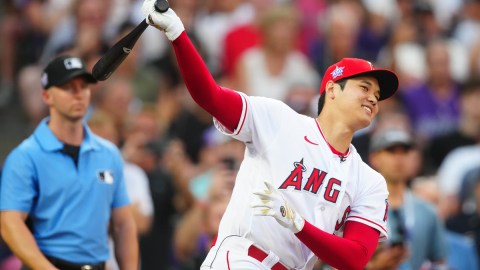