Arguing a call is perfectly acceptable — to a certain extent. But there’s a line you just don’t cross when going toe-to-toe with an official, and Cincinnati Reds’ catcher Devin Mesoraco crossed it. Now, he will have to pay dearly for his actions.

Mesoraco has been suspended for three games after a skirmish with an ump during Monday night’s game against the Padres at the Great American Ballpark in Cincinnati.

The disagreement between the Reds’ backstop and umpire Chad Fairchild came during the top of the third inning, when Fairchild called a ball on an 1-0 count — Mesoraco disagreed. The incident escalated to the point where Mesoraco laid a finger on Fairchild before being immediately ejected from the game.

Any contact with an umpire is strictly prohibited and worthy of disciplinary action, so the suspension comes as no surprise.

“I was frustrated,” said Mesoraco. “I let my emotions out. But at the end of the day, I was doing it for my team.”

Along with the suspension, Mesoraco received a fine from the league, the amount of which is undisclosed. He is expected to appeal the decision and the suspension will be put off until the appeal process is complete. 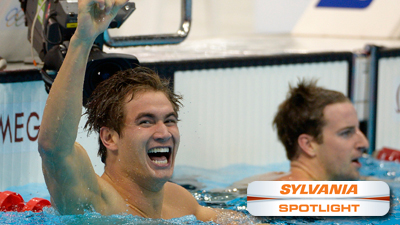