A lot of pressure comes with being a first-round pick.

The big money contracts — although not nearly as big as in the past — hold a hefty weight, the spotlight shines down on them like a solar eclipse, and, maybe most importantly, they are relentlessly scrutinized at every twist and turn. Especially quarterbacks.

So after being selected No. 8 overall in this past April's NFL draft, Ryan Tannehill had unrealistic expectations of being the savior of the Miami Dolphins franchise. But while the heat is high on the Dolphins to make a big splash this season, the reality is that Tannehill is just not ready to be a starting quarterback in the NFL.

It's not unrealistic to think that a 24-year-old quarterback can be productive at the pro level, just see Cam Newton, Matthew Stafford and the Josh Freeman of a few years ago as evidence of that. But while young signal callers can and have easily adapted to the speed and complexity of the NFL game, Tannehill is simply not one of those guys.

He's a smart player with boatloads of talent and elite arm strength, but it was also just two years ago that Tannehill even became a full-time quarterback. During his first two seasons at Texas A&M, Tannehill was primarily a wide receiver — and a pretty good one at that — while making an occasional cameo behind center. But as the 6-foot-4 monster began growing into his body, it only seemed natural to transition him to a new role at quarterback.

Tannehill may have excelled in the new role during college, but his accuracy and unorthodox three-quarter sidearm release pose problems for the quarterback and have already begun to crop up in the preseason.

His first appearance of the preseason was a complete and utter success. Tannehill was able to make every throw on the field and seemed as poised as a seasoned veteran while in the pocket, albeit against Tampa Bay's third-string defense. He completed 14 of 21 passes on the night for 167 yards and a pretty 11-yard touchdown. That's more than any of his competition could say, although incumbent starter Matt Moore did look solid as well.

In Week 2, though, Tannehill was given the start. With more weight on his shoulders to carry the load and the pressure building in the heat of the moment, Tannehill seemed to stumble a bit. There were no interceptions or turnovers to speak of, but Tannehill did appear more rushed and less settled with Carolina's first-string defense in his face. His numbers suffered from the unease as well, as Tannehill managed to complete just 11 of 23 for 100 yards while being sacked three times.

On the whole, Tannehill hasn't had any real cringe-worthy moments and has actually appeared to be the best quarterback in Dolphins camp. But just because you're the best of the lot doesn't necessarily mean your right for the job.

Moore has four years of starting experience in the NFL, including a successful 13-game stretch with the Dolphins in 2011. In his time as Miami's starting man, he completed 61 percent of passes for 2,497 yards and 16 touchdowns in comparison to just nine interceptions. A successful season overall and definitely worthy of a repeat campaign.

During camp this year, though, Tannehill has been the better player. In fact, Moore hasn't really offered much reason to deserve the starting nod and he would likely be third on the depth chart if a minor knee surgery didn't derail David Garrard's preseason.

To be completely honest, no quarterback on the Dolphins' active roster truly deserves the starting job. But while Tannehill may seem to be the best option of new head coach Joe Philbin, rushing the youngster into the role could also do more harm than help.

Being a starting quarterback in the NFL is no easy feat, that's why there are only maybe 40 guys who can actually do it and maybe 15 who do it really well. Even the elite "NFL-ready" guys like Andrew Luck and Robert Griffin III need time to develop and aren't going to come in and make an immediate impact. That's why teams need to be careful and take it slow with their franchise guys — a piece of advice the Dolhpins should heed when considering Tannehill's future.

It's not to say that Tannehill is going to implode like Ryan Leaf or Jamarcus Russell under the bright lights, but forcing him into the starting job too early could hinder his progression and stunt his potential. The reality of it is that the Dolphins aren't Super Bowl contenders, maybe not even playoff contenders, and the subtle difference between Tannehill and Moore won't have all that great of an impact on the team's outcome this season.

I'm no head coach, but a word to the wise, Joe Philbin, give Tannehill a seat and let the kid develop. There's no need to bet the house on a pair, why not wait for the full house to come together before going all in. 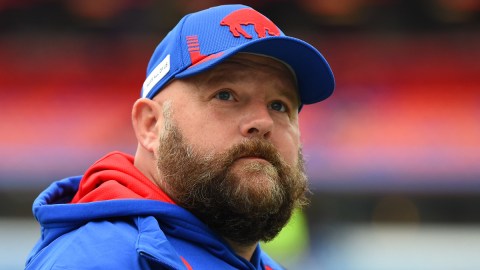 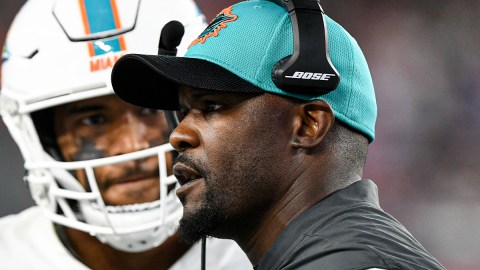 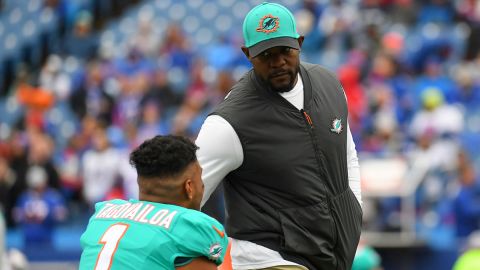