Scott Atchison Bracing Himself for Tommy John Surgery, Blames 15 Years of Wear and Tear on His Arm - NESN.com Skip to content BOSTON ?? At 36, Scott Atchison has tossed his fair share of pitches.

In 15 stints in the minors, he logged 1,041 2/3 innings. Through six seasons in the majors, he racked up 204 1/3 frames. That’s not counting the two seasons he spent overseas in Japan as a starter in the Nippon Baseball League.

When Atchison received the diagnosis that he likely suffered a tear in the ulner collateral ligament in his elbow, he wasn’t surprised.

“I figured there was probably some kind of tear at some point in my career,” Atchison said. “It’s common for everybody to have a little bit of something going on in there. That’s maybe part of the reason we didn’t do the MRI right away the first time it happened. I was feeling better and progressed with it. You’re afraid that if you look at something, maybe you’ll see something that’s maybe not the cause of the problem.”

That’s why Atchison said the injury wasn’t attributed to a specific pitch, but gradual wear and tear. And after gathering information from team doctors, Atchison will travel to Pensacola, Fla. to meet with Dr. James Andrews for a second opinion.

The appointment will take place next Monday. Since experiencing discomfort in his elbow in mid-July, Atchison was already mentally bracing himself for the worst-case scenario.

“As far as for the surgery, if that’s what I need and we feel like that’s the best route and the only option, I’ll do it,” Atchison said. “I’ve been through a shoulder one. It?s been 15 years. But I put everything into it. That’s the only way I know how to do something. I’ll hopefully get back and be the same guy I was before.”

It’s a devastating blow to Atchison, who was enjoying the best season of his career. With a 2-1 record and 1.76 ERA, the 36-year-old was considered to candidate for the American League All-Star team.

“It was a good first half,” Atchison said. “Unfortunately, something like this has happened. I’m going to reserve until I hear everything on Monday, and then I??ll worry about the rest of it. It’s a little disappointing, but maybe they?ll look at it different or we’ll do another one and we’ll see something else.”

If Tommy John surgery is deemed necessary, Atchison will be looking at a yearlong recovery. 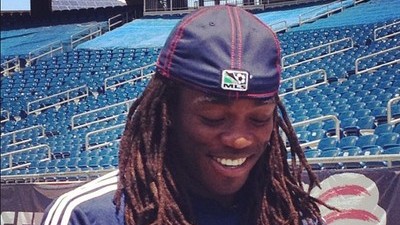 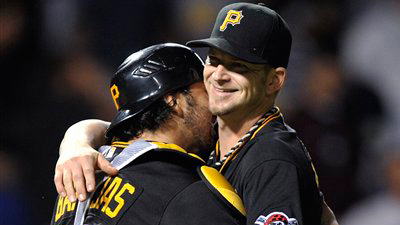 A.J. Burnett Continues to Show That Pitching in the Spotlight of New York Was Just Too Much to Handle