Vote: Will Chad Johnson Play a Game in the NFL in 2012? - NESN.com Skip to content Chad Johnson looked to be on his way back to stardom. But after being arrested during a domestic dispute with new wife Evelyn Lozada over the weekend, Johnson saw his time in a Miami Dolphins uniform cut short.

After hauling in more than 750 passes and being selected to six Pro Bowls during his first 10 seasons in the NFL, Johnson struggled through his 2011 campaign with the New England Patriots and was relegated to merely 15 catches and a lone touchdown.

The 2012 season appeared to have much bigger things in store for the artist formerly known as Ochocinco, though. Johnson was signed by the Dolphins in June and seemed to have regained the swagger that made him successful for so many years in Cincinnati.

Saturday's arrest marked the end of the line for Johnson down in South Beach, though, as Dolphins head coach Joe Philbin made the receiver's release official on Monday and deemed the action as something that had "built up over time."

While most teams are busy trying to flesh out their training camp rosters and find their final 53 for Opening Day, Johnson gets back into the unemployment line and will have to wait for opportunities along with the likes of Plaxico Burress and others.

So while Ocho waits, do you believe he'll don an NFL jersey in 2012? 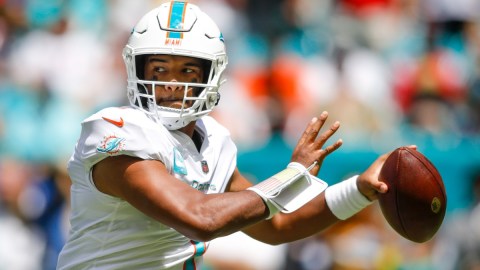 NFL Rumors: Tua Tagovailoa To Be Interviewed As Part Of League Investigation 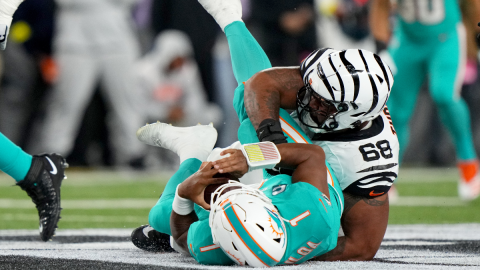