Jason Witten's Toughness, Passion Something Cowboys Must Strive to Imitate to Enjoy Success This Season - NESN.com Skip to content Cowboys owner Jerry Jones may have been overly excited when he called Wednesday’s season-opening win over the Super Bowl champion Giants “very significant,” but Jason Witten‘s effort is something that could signal bigger things for Dallas.

Witten is a highly decorated and well-respected tight end. He’s been to seven Pro Bowls and has earned First-Team All-Pro honors twice, so labeling him “underrated” would be a stretch. Even so, it’s hard to dispute that, despite the accolades and the consistent output, he’s always been a guy whose success has been met rather quietly.

While Witten has made a living as Tony Romo‘s security blanket, football fans have been presented with much sexier tight end storylines. We’ve had the Hall of Fame career of Tony Gonzalez, the emergence of Antonio Gates and the 2011 explosion composed of one part Rob Gronkowski and one part Jimmy Graham. With such storylines garnering so much attention, it’s easy to lose sight of Witten, who has remained very much implanted in that first tier of tight ends since coming into the league in 2003.

Witten’s statistical output is fantastic. He’s had three seasons with over 90 catches and 1,000 yards receiving, and will likely pass Michael Irvin for No. 1 on the Cowboys’ all-time receptions list this year. None of this has gone unnoticed, but it’s toughness like he showed on Wednesday night that could go a long way toward changing the glitz and glamour-heavy Cowboys into bona fide NFC threats. In fact, the ‘Boys will need to follow Witten’s lead now more than ever to compete with a physical team like the Giants for an entire season.

Understand this: One guy playing with a lacerated spleen — as Witten did on Wednesday — doesn’t immediately guarantee some culture change or a renaissance of “smashmouth football” within an organization. The 2012 Cowboys aren’t suddenly going to become the Pittsburgh Steelers of the 1970s or the 2000 Baltimore Ravens, but on a franchise whose star power often overshadows everything else, a dash of toughness is a welcomed sight. It’s particularly welcomed when the player’s teammates respond by also showing some grit, and the Cowboys did that on Wednesday.

Witten’s awe-inspiring passion against the Giants is hardly the first time he’s flexed his on-field muscle. Who could forget him rumbling 53 yards after colliding with two defenders and losing his helmet back in 2007? (Here’s a glimpse for all who have forgotten.)

But because Wednesday’s gutsy performance did trickle down (for at least one game), there’s at least some reason for Cowboys fans to be optimistic that things are going to be done differently this year. In no player was Witten’s motivation more apparent than Dallas’ signal caller.

Romo consistently took charge of the offense on Wednesday, looking like a guy who is ready to put to rest all of the criticism that’s consistently been thrown in his direction. Sure, it’s one game and we’ve seen Romo excel in the past before eventually throwing up all over himself when things really start to matter, but the big game came against a guy in Eli Manning who once faced the same skepticism. It’s hardly too late for Romo to take the next step, and being surrounded by guys like Witten, who are willing to put it all on the line, certainly helps.

The problem has always been finding enough players open to imitating Witten’s passion, but this batch could be something Jason Garrett and the coaching staff can work with in that department. Witten had this message — which is a quote he got from a group of Navy SEALs the Cowboys visited during training camp — hanging in his locker on Wednesday, and it’s something that needs to be read, understood and implemented by his teammates.

“I will never quit. I persevere and thrive on adversity. My team expects me to be physically harder and mentally stronger than our competition. If knocked down, I will get back up every time. I will draw on every remaining source of strength to help my team and to accomplish our goal.

“I am never out of the FIGHT.”

Rah-rah quotes, messages and speeches can only have so much impact. Otherwise, every team would be a winner. With a batch of prominent, younger players — like DeMarco Murray, Kevin Ogletree and, most importantly, Dez Bryant — grabbing even more of a role in the Dallas offense, though, adding an extra sense of motivation could actually prove to pay big dividends as we start to go deeper into the winter months. It’s up to Witten to continue to hammer home his message, not only on the field, but also in the locker room.

Witten hasn’t missed a game in eight years, and he wasn’t about to start missing games on Wednesday. As the poster says, he’s never out of the fight. If the tight end’s teammates realize they need to follow a similar mantra this season, the Cowboys might never be out of the fight in the NFC East. 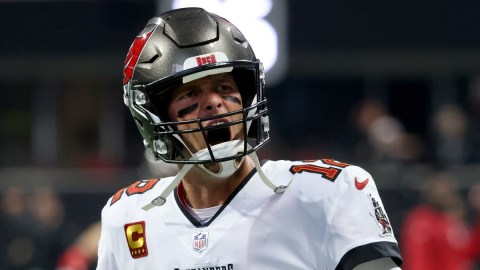 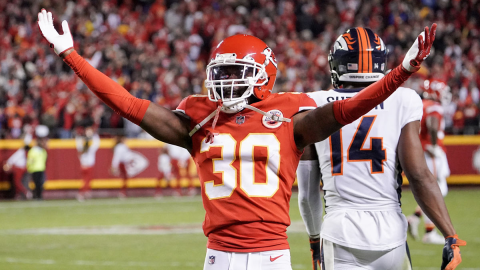